The Hudson Three Centuries of History, Romance and Invention 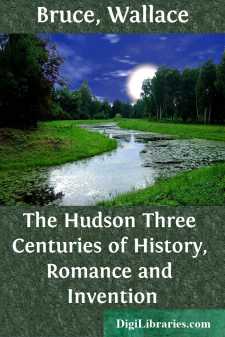 Among all the rivers of the world the Hudson is acknowledged queen, decked with romance, jewelled with poetry, clad with history, and crowned with beauty. More than this, the Hudson is a noble threshold to a great continent and New York Bay a fitting portal. The traveler who enters the Narrows for the first time is impressed with wonder, and the charm abides even with those who pass daily to and fro amid her beauties. No other river approaches the Hudson in varied grandeur and sublimity, and no other city has so grand and commodious a harbor as New York. It has been the privilege of the writer of this hand-book to see again and again most of the streams of the old world "renowned in song and story," to behold sunrise on the Bay of Naples and sunset at the Golden Gate of San Francisco, but the spell of the Hudson remains unbroken, and the bright bay at her mouth reflects the noontide without a rival. To pass a day in her company, rich[page 10] with the story and glory of three hundred years, is worth a trip across a continent, and it is no wonder that the European traveler says again and again: "to see the Hudson alone, is worth a voyage across the Atlantic."

A very good land to fall in with and a pleasant land to see!

How like a great volume of history romance and poetry seem her bright illumined pages with the broad river lying as a crystal book-mark between her open leaves! And how real this idea becomes to the Day Line tourist, with the record of Washington and Hamilton for its opening sentence, as he leaves the Up-Town landing, and catches messages from Fort Washington and Fort Lee. What Indian legends cluster about the brow of Indian Head blending with the love story of Mary Phillipse at the Manor House of Yonkers. How Irving's vision of Katrina and Sleepy Hollow become woven with the courage of Paulding and the capture of Andre at Tarrytown. How the Southern Portal of the Highlands stands sentineled by Stony Point, a humble crag converted by the courage of Anthony Wayne into a mountain peak of Liberty.

How North and South Beacon again summon the Hudson yeomen from harvest fields to the defense of country, while Fort Putnam, still eloquent in her ruins, looks down upon the best drilled boys in the world at West Point. Further on Newburgh, Poughkeepsie and Kingston shake fraternal hands in the abiding trinity of Washington, Hamilton and Clinton, while northward rise the Ontioras where Rip Van Winkle slept, and woke to wonder at the happenings of twenty years.

What stories of silent valleys told by murmuring streams from the Berkshire Hills and far away fields where Stark and Ethan Allen triumphed. What tales of Cooper, where the Mohawk entwines her fingers with those of the Susquehanna, and poems of Longfellow, Bryant and Holmes, of Dwight, of Halleck and of Drake; ay, and of Yankee Doodle too, written at the Old Van Rensselaer House almost within a pebble-throw of the[page 11] steamer as it approaches Albany. What a wonderful book of history and beauty, all to be read in one day's journey!