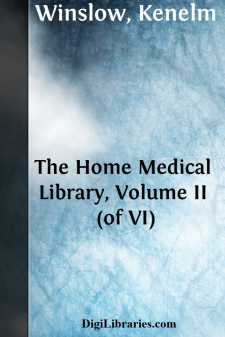 The Eye and Ear

CINDERS AND OTHER FOREIGN BODIES IN THE EYE.—Foreign bodies are most frequently lodged on the under surface of the upper lid, although the surface of the eyeball and the inner aspect of the lower lid should also be carefully inspected. A drop of a two-per-cent solution of cocaine will render painless the manipulations. The patient should be directed to continue looking downward, and the lashes and edge of the lid are grasped by the forefinger and thumb of the right hand, while a very small pencil is gently pressed against the upper part of the lid, and the lower part is lifted outward and upward against the pencil so that it is turned inside out. The lid may be kept in this position by a little pressure on the lashes, while the cinder, or whatever foreign body it may be, is removed by gently sweeping it off the mucous membrane with a fold of a soft, clean handkerchief.

Hot cinders and pieces of metal may become so deeply lodged in the surface of the eye that it is necessary to dig them out with a needle (which has been passed through a flame to kill the germs on it) after cocaine solution has been dropped into the eye twice at a minute interval. Such a procedure is, of course, appropriate for an oculist, but when it is impossible to secure medical aid for days it can be attempted without much fear, if done carefully, as more harm will result if the offending body is left in place. It is surprising to see what a hole in the surface of the eye will fill up in a few days. If the foreign body has caused a good deal of irritation before its removal, it is best to drop into the eye a solution of boric acid (ten grains to the ounce of water) four times daily.

"BLACK EYE."—To relieve this condition it is first necessary to reduce the swelling. This can be done by applying to the closed lids, every three minutes, little squares of white cotton or linen, four fold and about as large as a silver dollar, which have laid on a cake of ice until thoroughly cold. This treatment is most effective when pursued almost continuously for twenty-four hours. The cold compresses should not be permitted to overlap the nose, or a violent cold in the head may ensue. The swelling having subsided, the discoloration next occupies our attention. This may be removed speedily by applying, more or less constantly below the lower lid, little pieces of flannel dipped in water as hot as can be borne. The cloths must be changed as often as they cool. Repeat this treatment for a half hour every two hours or so during the day.

STYE.—A stye is a boil on the eyelid; it begins at the root of a hair as a hard swelling which may extend to the whole lid. The tip of the swelling takes on a yellowish color, breaks down and discharges "matter" or pus. There are pain and a feeling of tension in the lid, and, very rarely, some fever. When one stye follows another it is well to have the eyes examined by an oculist, as eye-strain is often an inviting cause of the trouble, and this can be corrected by the use of glasses....