The History of Tasmania , Volume II 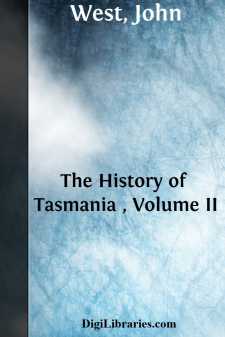 [1643.] At the era of discovery by Tasman, Van Diemen's Land was inhabited. He heard, or thought he heard, the voices of people and the sound of a trumpet: he noticed the recently cut notches, five feet asunder, on the bark of the trees, and he saw the smoke of fires. He inferred that they possessed some unusual method of climbing, or that their stature was gigantic. In the sound, the colonist recognises the vocal cooey of the aborigines, and learns from the steps "to the birds' nests," that they then hunted the opossum, and employed that method of ascent, which, for agility and daring has never been surpassed. Thus, during more than 150 years, this country was forgotten; and such were the limits of European knowledge, when the expedition of Cook was dispatched by Great Britain to explore this hemisphere. No navigator brought larger views, and a temper more benevolent, to the task of discovery. To some nations he opened the path of civilisation and religion: to this race he was the harbinger of death.

[1773.] Furneaux, Captain Cook's second in command, first visited this country. He saw the fires of the natives, ten miles off. They had left their huts, formed but for a day, in which were fragments of fish, baskets, and spears. The British deposited gun-flints, barrels, and nails, in payment for the relics they removed; and they left Adventure Bay, concluding that a most miserable race of mortals inhabited a country capable of producing all the necessaries of life, "and the finest climate in the world."

One year before, Captain Marian, a Frenchman, according to the authors of his country, visited this island. The intercourse was hostile and left traces of blood; and to this may be attributed the absence of the natives when Furneaux appeared on the coast.

[1777.] The descriptions of Cook are founded on his own observations, and are, on the whole, favorable to the natives. The English, while wooding and watering, were surprised by the visit of eight men and a boy. They were unarmed, except that one of them carried a stick, pointed at the end. They were of middling stature, slender, and naked. On different parts of their bodies were ridges, both straight and curved, raised in the skin: the hair of the head and beard was smeared with red ointment. They were indifferent to presents; they rejected bread, and the flesh of the sea elephant, but accepted some birds, which they signified their intention to eat. Cook prevailed on a native to throw the stick at a mark thirty yards distant, but he failed after repeated trial. The Otaheitian, Omai, to exhibit his skill, fired off a musket: at the report they fled, and so great was their fear, that they dropped the axe and knives they had received.

A dead calm retarded the departure of the vessels next day, and the parties sent ashore, were accompanied by Cook. About twenty natives soon joined them: one, who was conspicuously deformed, amused them by the drollery of his gestures, and the seeming humour of his speeches. Some, wore three or four folds round the neck, made of fur; and round the ancles a slip of the skin of kangaroo. Captain Cook returned to the vessel, leaving Lieutenant King in charge: soon after, the women and children arrived: they were introduced by the men to the English. The children were thought pretty; of the beauty of the women the account was not equally favorable. They rejected with disdain the presents and freedoms of the officers, and were ordered by an elderly man to retire—a command, to which they submitted with reluctance.

Dr. Anderson, the surgeon of the Resolution, describes the natives as a mild, cheerful race, with an appearance less wild than is common to savages. He considered them devoid of activity, genius, and intelligence; their countenance, he delineates as plump and pleasing.

[1792.] But though later on the spot, assisted by the remarks of previous observers, Labillardière, of all, was the most assiduous and exact. The naturalist of D'Entrecasteaux's expedition, he saw mankind with the eye of a philosopher. He was pleased to examine the passions of a race, least of all indebted to art; yet the prevailing notions of Citizen Frenchmen, perhaps, gave him a bias, when estimating an uncivilised people. He left Europe when the dreams of Rousseau were the toys of the speculative, and before they became the phantoms of the populace. His observations were, doubtlessly, correct; but his grouping is artistic, and not without illusion. In his work, the Tasmanian blacks appear in the most charming simplicity, harmless and content; an extraordinary remnant of primitive innocence. At first they fled from the French: an old woman they chased, took a leap which, if credible, was terrific; she dashed over a precipice forty feet high, and was lost among the rocks...!