The Heart of Arethusa 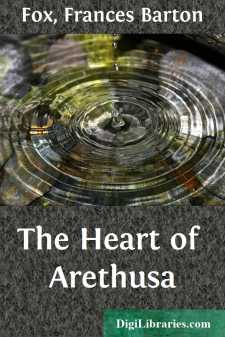 At the end of a long, straight avenue of symmetrically developed water maple trees (the trunks of all the trees whitewashed to precisely the same height from the ground) the house gleamed creamy-white, directly facing the Pike. Its broad front door came exactly within the middle distance of this vista of maples, as though the long-ago builder had known that Miss Eliza's orderly soul would have suffered much unhappiness had it swerved a fraction from the centre and, looking forward to the time when she should rule at the Farm, had planned it all to save her the trouble of a change. Miss Eliza would have been sorely tempted to move either the house or the avenue, had not the front door been so placed as to be viewed from the exact middle of that avenue; such was her passion for neatness and precision.

This was a board whose position and height from the ground had always made it irresistible to Arethusa. It had been one of the chief delights of an active childhood and adolescence to walk it as far as possible before falling off. The day she had negotiated the entire fence without once losing her balance, to return in triumph to the stile where Timothy awaited her, marked an epoch in her development; for it was the last stronghold of Timothy's achievements, as should properly distinguish the boy from the girl, which had thus far held out against her. And it was quite a long way around the top of that fence; the yard was large.

There was no gate into the yard. Those who came to call at the Farm on wheels stopped their vehicle at the end of the avenue outside, by the worn hitching-post with its iron chain and ring, and climbed an old-fashioned stile right from the carriage-block to a straight walk of bricks, laid in a queer criss-cross pattern, that led up to the house.

It was a low-built house, wide-flung, the eaves coming close down over the second-story windows: and one might almost have stepped from the windows of the first floor directly out on to the flagged walk that ran along the whole front. It had a curious appearance of having grown where it was. One could imagine, without very much effort, that it had not been built as were other houses, but had grown up gradually like some queer sort of solid plant.

The pillars of the small front porch were covered thick with a white clematis in full bloom, the pride of Miss Eliza's heart; and well might she be proud, for no other clematis for miles around ever bloomed so profusely or so largely. Flowers nodded gayly in the smallest of formal gardens at one end of the house and honeysuckle vines clambered over frames by the summer-house sheltering the cistern at the other end; but both vines and flowers climbed and nodded in the most orderly manner, for they were all Miss Eliza's plants....