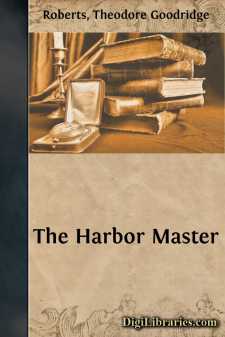 At the back of a deep cleft in the formidable cliffs, somewhere between Cape Race to the southward and St. John's to the northward, hides the little hamlet of Chance Along. As to its geographical position, this is sufficient. In the green sea in front of the cleft, and almost closing the mouth of it, lie a number of great boulders, as if the breech in the solid cliff had been made by some giant force that had broken and dragged forth the primeval rock, only to leave the refuse of its toil to lie forever in the edge of the tide, to fret the gnawing currents. At low tide a narrow strip of black shingle shows between the nearer of these titanic fragments and the face of the cliff. The force has been at work at other points of the coast as well. A mile or so to the north it has broken down and scattered seaward a great section of the cliff, scarring the water with a hundred jagged menaces to navigation, and leaving behind it a torn sea front and a wide, uneven beach. About three miles to the south of the little, hidden village it has wrought similar havoc, long forgotten ages ago.

Along this coast, for many miles, treacherous currents race and shift continually, swinging in from the open sea, creeping along from the north, slanting in from the southeast and snarling up (but their snarling is hidden far below the surface) from the tide-vexed, storm-worn prow of old Cape Race. The pull and drift of many of these currents are felt far out from land, and they cannot be charted because of their shiftings, and their shiftings cannot be calculated with any degree of accuracy, because they seem to be without system or law. These are dangerous waters even now; and before the safeguard of a strong light on the cape, in the days when ships were helplessly dragged by the sea when there was no wind to drive them—in the days before a "lee-shore" had ceased to be an actual peril to become a picturesque phrase in nautical parlance—they constituted one of the most notorious disaster-zones of the North Atlantic.

We are told, as were our fathers before us, that one man's poison may be another man's meat, and that it is an ill wind indeed that does not blow an advantage to somebody. The fundamental truths of these ancient saws were fully realized by the people of Chance Along. Ships went down in battered fragments to their clashing sea-graves, which was bad, Heaven knows, for the crews and the owners—but ashore, stalwart and gratified folk who had noted the storms and the tides ate well and drank deep and went warmly clad, who might otherwise have felt the gnawing of hunger and the nip of the wind.

The people of Chance Along, with but a few exceptions, were Nolans, Lynches, Learys and Brennens. Their forebears had settled at the back of the cleft in the cliff a hundred years or more before the time of this history. They had been at the beginning, and still were, ignorant and primitive folk. Fishing in the treacherous sea beyond their sheltered retreat had been their occupation for several generations, brightened and diversified occasionally by a gathering of the fruits of storm. It was not until Black Dennis Nolan's time, however, that the community discovered that the offerings of the sea were sufficient—aye, more than sufficient—for their needs. This discovery might easily have been made by others than Black Dennis Nolan; but it required this man's daring ingenuity and powers of command to make it possible to profit by the discovery.

Black Dennis Nolan was but little more than a lad when he commenced the formidable task of converting a poverty-stricken community of cod-fishers into a band of daring, cunning, unscrupulous wreckers. He possessed a dominating character, even in those days, and his father had left him a small fore-and-aft schooner, a store well-stocked with hand-lines, provisions and gear, and a record chalked up on the inside of the door which showed, by signs and formulæ unintelligible to the stranger, every man in the harbor to be in his debt for flour, tea, molasses, tobacco and several other necessities of life....