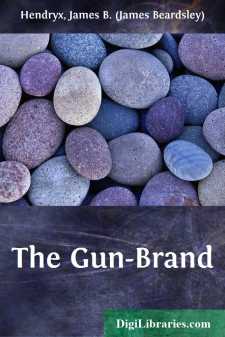 CHAPTER I THE CALL OF THE RAW

Seated upon a thick, burlap-covered bale of freight—a "piece," in the parlance of the North—Chloe Elliston idly watched the loading of the scows. The operation was not new to her; a dozen times within the month since the outfit had swung out from Athabasca Landing she had watched from the muddy bank while the half-breeds and Indians unloaded the big scows, ran them light through whirling rock-ribbed rapids, carried the innumerable pieces of freight upon their shoulders across portages made all but impassable by scrub timber, oozy muskeg, and low sand-mountains, loaded the scows again at the foot of the rapid and steered them through devious and dangerous miles of swift-moving white-water, to the head of the next rapid.

They are patient men—these water freighters of the far North. For more than two centuries and a quarter they have sweated the wilderness freight across these same portages. And they are sober men—when civilization is behind them—far behind.

Close beside Chloe Elliston, upon the same piece, Harriet Penny, of vague age, and vaguer purpose, also watched the loading of the scows. Harriet Penny was Chloe Elliston's one concession to convention—excess baggage, beyond the outposts, being a creature of fear. Upon another piece, Big Lena, the gigantic Swedish Amazon who, in the capacity of general factotum, had accompanied Chloe Elliston over half the world, stared stolidly at the river.

Having arrived at Athabasca Landing four days after the departure of the Hudson Bay Company's annual brigade, Chloe had engaged transportation into the North in the scows of an independent. And, when he heard of this, the old factor at the post shook his head dubiously, but when the girl pressed him for the reason, he shrugged and remained silent. Only when the outfit was loaded did the old man whisper one sentence:

Again Chloe questioned him, and again he remained silent. So, as the days passed upon the river trail, the name of Pierre Lapierre was all but forgotten in the menace of rapids and the monotony of portages. And now the last of the great rapids had been run—the rapid of the Slave—and the scows were almost loaded.

Vermilion, the boss scowman, stood upon the running-board of the leading scow and directed the stowing of the freight. He was a picturesque figure—Vermilion. A squat, thick half-breed, with eyes set wide apart beneath a low forehead bound tightly around with a handkerchief of flaming silk.

A heavy-eyed Indian, moving ponderously up the rough plank with a piece balanced upon his shoulders, missed his footing and fell with a loud splash into the water. The Indian scrambled clumsily ashore, and the piece was rescued, but not before a perfect torrent of French-English-Indian profanity had poured from the lips of the ever-versatile Vermilion. Harriet Penny shrank against the younger woman and shuddered.

"No!" exclaimed Chloe, in feigned surprise....