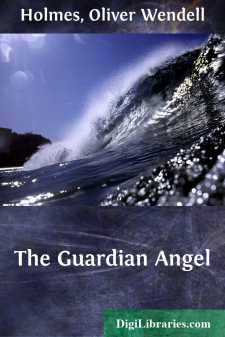 CHAPTER I. AN ADVERTISEMENT.

On Saturday, the 18th day of June, 1859, the "State Banner and Delphian Oracle," published weekly at Oxbow Village, one of the principal centres in a thriving river-town of New England, contained an advertisement which involved the story of a young life, and stained the emotions of a small community. Such faces of dismay, such shaking of heads, such gatherings at corners, such halts of complaining, rheumatic wagons, and dried-up, chirruping chaises, for colloquy of their still-faced tenants, had not been known since the rainy November Friday, when old Malachi Withers was found hanging in his garret up there at the lonely house behind the poplars.

The number of the "Banner and Oracle" which contained this advertisement was a fair specimen enough of the kind of newspaper to which it belonged. Some extracts from a stray copy of the issue of the date referred to will show the reader what kind of entertainment the paper was accustomed to furnish its patrons, and also serve some incidental purposes of the writer in bringing into notice a few personages who are to figure in this narrative.

The copy in question was addressed to one of its regular subscribers,—"B. Gridley, Esq." The sarcastic annotations at various points, enclosed in brackets and italicised that they may be distinguished from any other comments, were taken from the pencilled remarks of that gentleman, intended for the improvement of a member of the family in which he resided, and are by no means to be attributed to the harmless pen which reproduces them.

Byles Gridley, A. M., as he would have been styled by persons acquainted with scholarly dignities, was a bachelor, who had been a schoolmaster, a college tutor, and afterwards for many years professor,—a man of learning, of habits, of whims and crotchets, such as are hardly to be found, except in old, unmarried students,—the double flowers of college culture, their stamina all turned to petals, their stock in the life of the race all funded in the individual. Being a man of letters, Byles Gridley naturally rather undervalued the literary acquirements of the good people of the rural district where he resided, and, having known much of college and something of city life, was apt to smile at the importance they attached to their little local concerns. He was, of course, quite as much an object of rough satire to the natural observers and humorists, who are never wanting in a New England village,—perhaps not in any village where a score or two of families are brought together,—enough of them, at any rate, to furnish the ordinary characters of a real-life stock company.

The old Master of Arts was a permanent boarder in the house of a very worthy woman, relict of the late Ammi Hopkins, by courtesy Esquire, whose handsome monument—in a finished and carefully colored lithograph, representing a finely shaped urn under a very nicely groomed willow—hung in her small, well-darkened, and, as it were, monumental parlor. Her household consisted of herself, her son, nineteen years of age, of whom more hereafter, and of two small children, twins, left upon her doorstep when little more than mere marsupial possibilities, taken in for the night, kept for a week, and always thereafter cherished by the good soul as her own; also of Miss Susan Posey, aged eighteen, at school at the "Academy" in another part of the same town, a distant relative, boarding with her....