The Group A Farce 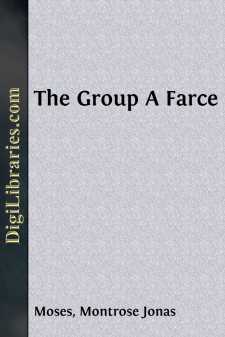 Most of the literature—orations as well as broadsides—created in America under the heat of the Revolution, was of a strictly satirical character. Most of the Revolutionary ballads sung at the time were bitter with hatred against the Loyalist. When the conflict actually was in progress, the theatres that regaled the Colonists were closed, and an order from the Continental Congress declared that theatre-going was an amusement from which all patriotic people should abstain. These orders or resolutions were dated October 12, 1778, and October 16. (Seilhamer, ii, 51.) The playhouses were no sooner closed, however—much to the regret of Washington—than their doors were thrown wide open by the British troops stationed in Boston, New York, and Philadelphia. A complete history of the American stage has to deal with Howe's players, Clinton's players, and Burgoyne's players.

Of all these Red-Coat Thespians, two demand our attention—one, Major André, a gay, talented actor; the other, General Burgoyne, whose pride was as much concerned with playwriting as with generalship. The latter dipped his pen in the satirical inkpot, and wrote a farce, "The Blockade of Boston." It was this play that drew forth from a woman, an American playwright, the retort stinging. This lady was Mrs. Mercy Warren who, although distinguished for being a sister of James Otis, and the wife of General James Warren, was in her own name a most important and distinct literary figure during the Revolution.

So few women appear in the early history of American Drama that it is well here to mention Mrs. Charlotte Ramsay Lennox (1720-1804) and Mrs. Susanna Rowson (1762-1824). The former has the reputation of being the first woman, born in America, to have written a play, "The Sister" (1769). The author moved to London when she was fifteen, and there it was her piece was produced, with an epilogue by Oliver Goldsmith. She is referred to in Boswell's Life of Johnson.

Of Susanna Rowson, whose Memoir has been issued by Rev. Elias Nason, we know that, as a singer and actress, she created sufficient reputation in London to attract the attention of Wignell, the comedian. (Clapp. Boston Stage. 1853, p. 41.)

With her husband, she came to this country in 1793, and, apart from her professional duties on the stage, wrote a farce, "Volunteers" (1795), dealing with the Whiskey Insurrection in Pennsylvania, "The Female Patriot" (1794), "Slaves in Algiers; or, A Struggle for Freedom" (1794), and "Americans in England" (1796). All of these were produced. Her literary attainments were wide, her most popular novel being "Charlotte Temple, a Tale of Truth" (1790). She likewise compiled many educational works. (See Wegelin.)

The picture conjured up in our mind of Mrs. Warren is farthest away from satire. To judge by the costume she wore when she sat to Copley for her portrait, she must have been graced with all the feminine wiles of the period. Behold Mrs. Mercy Warren, satirist, as the records describe her:

But however agreeable this picture may be, Mrs. Warren, on reading Burgoyne's farce, immediately sharpened her pen, and replied by writing a counter-farce, which she called "The Blockheads; or, the Affrighted Officers." It was in the prologue to this play that the poet-dramatist wrote:

Your pardon first I crave for this intrusion.The topic's such it looks like a delusion;And next your candour, for I swear and vow,Such an attempt I never made till now.But constant laughing at the Desp'rate fate,The bastard sons of Mars endur'd of late,Induc'd me thus to minute down the notion,Which put my risibles in such commotion.By yankees frighted too! oh, dire to say!Why yankees sure at red-coats faint away!Oh, yes—They thought so too—for lack-a-day,Their gen'ral turned the blockade to a play:Poor vain poltroons—with justice we'll retort,And call them blockheads for their idle sport....
Show more
Show less