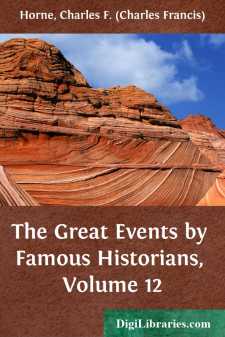 It is related that in 1661, on the day following the death of the great Cardinal Mazarin, the various officials of the State approached their young King, Louis XIV. "To whom shall we go now for orders, Your Majesty?" "To me," answered Louis, and from that date until his death in 1715 they had no other master. Whether we accept the tale as literal fact or only as the vivid French way of visualizing a truth, we find here the central point of over fifty years of European history. The two celebrated cardinals, Richelieu and Mazarin, had, by their strength and wisdom, made France by far the most powerful state in Europe. Moreover, they had so reduced the authority of the French nobility, the clergy, and the courts of law as to have become practically absolute and untrammelled in their control of the entire government. Now, all this enormous power, both at home and abroad, over France and over Europe, was assumed by a young man of twenty-three. "I am the state," said Louis at a later period of his career. He might almost have said, "I am Europe," looking as he did only to the Europe that dominated, and took pleasure in itself, and made life one continued glittering revel of splendor. Independent Europe, that claimed the right of thinking for itself, the suffering Europe of the peasants, who starved and shed their blood in helpless agony—these were against Louis almost from the beginning, and ever increasingly against him.

At first the young monarch found life very bright around him. His courtiers called him "the rising sun," and his ambition was to justify the title, to be what with his enormous wealth and authority was scarcely difficult, the Grand Monarch. He rushed into causeless war and snatched provinces from his feeble neighbors, exhausted Germany and decaying Spain. He built huge fortresses along his frontiers, and military roads from end to end of his domains. His court was one continuous round of splendid entertainments. He encouraged literature, or at least pensioned authors and had them clustered around him in what Frenchmen call the Augustan Age of their development.[1]

The little German princes of the Rhine, each of them practically independent ruler of a tiny state, could not of course compete with Louis or defy him. Nor for a time did they attempt it. His splendor dazzled them. They were content to imitate, and each little prince became a patron of literature, or giver of entertainments, or builder of huge fortresses absurdly disproportioned to his territory and his revenues. Germany, it has been aptly said, became a mere tail to the French kite, its leaders feebly draggling after where Louis soared. Never had the common people of Europe or even the nobility had less voice in their own affairs. It was an age of absolute kingly power, an age of despotism.

England, which under Cromwell had bid fair to take a foremost place in Europe, sank under Charles II into unimportance....