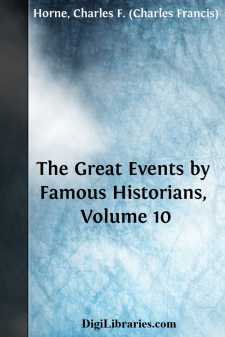 Philip II succeeded his father Charles V on the throne of Spain. The vast extent of his domains, the absoluteness of his authority, and, above all, the enormous wealth that poured into his coffers from the Spanish conquests in America, made him the most powerful monarch of his time, the central figure of the age. It was largely because of Philip's personal character that the great religious struggle of the Reformation entered upon a new phase, became far more sinister, more black and deadly, extended over all Europe, and bathed the civilized world in blood. England stood forth as the centre of opposition against Philip, and under the unwilling leadership of Elizabeth entered on its epic period of heroism, was stimulated to that remarkable outburst of energy and intellect and power which we call the Elizabethan age.

Philip, with a tenacity of purpose from which no fortune good or bad could lure him for a moment, pursued two objects throughout his reign (1555-1598), the reëstablishment of Catholicism over all Europe, and the extension so far as might be of his own personal authority. If we consider his personal ambition, we must count his reign a failure; for at his death his country had already fallen from its foremost rank in Europe and started on that process of decay which in later centuries has become so marked. If, however, we look to Philip's religious purpose, it is undeniable that during his reign Catholicism revived. Philip II, the Jesuits, the Council of Trent—these three were the powers by means of which the Roman Church beat back its foes, saved itself from what for a time had seemed a threatened extinction, and so far reëstablished its power that for over a century it appeared not improbable that Philip's purpose of reuniting Europe might be accomplished.

Before the beginning of this reactionary wave, the North had become wholly Protestant. It has been estimated that nine-tenths of the people of Germany were of the new faith; half the population of France had adopted it; even in Italy protest and disbelief were widespread and active. Only in Spain did the Inquisition with firmest cruelty trample down each vestige of revolt.

The Inquisition was established in Italy, which, as we have seen, was really a Spanish possession. It was introduced into the Netherlands by Charles V (1550), but remained feebly merciful there until Philip, to whom we must at least give the credit of having been a sincere fanatic, insisted on its rigorous enforcement. Over England also Philip sought to extend his hand. There the eagerly Protestant Edward VI had died in 1553, and his Catholic sister Mary succeeded to the throne. Philip was wedded to her in 1554, even before he became King of Spain, and both he and she did their utmost to restore the kingdom to the Roman faith. So many Protestants were burned at the stake that England remembers the queen as "bloody Mary"; and so recklessly did she antagonize the spirit of her people that even her husband counselled her to a caution which she despised....