The Great Doctrines of the Bible 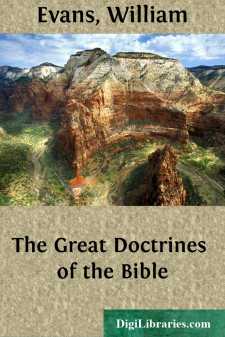 I. HIS EXISTENCE. 1. TAKEN FOR GRANTED BY THE SCRIPTURE WRITERS:

It does not seem to have occurred to any of the writers of either the Old or the New Testaments to attempt to prove or to argue for the existence of God. Everywhere and at all times it is a fact taken for granted. "A God capable of proof would be no God at all" (Jacobi). He is the self-existent One (Exod. 3:14) and the Source of all life (John 5:26).

The sublime opening of the Scriptures announces the fact of God and His existence: "In the beginning God" (Gen. 1:1). Nor is the rise or dawn of the idea of God in the mind of man depicted. Psa. 14:1: "The fool hath said in his heart. There is no God," indicates not a disbelief in the existence, but rather in the active interest of God in the affairs of men—He seemed to hide Himself from the affairs of men (See Job 22:12-14).

The Scriptures further recognize that men not only know of the existence of God, but have also a certain circle of ideas as to who and what He is (Rom. 1:18-19).

No one but a "fool" will deny the fact of God. "What! no God? A watch, and no key for it? A watch with a main-spring broken, and no jeweler to fix it? A watch, and no repair shop? A time-card and a train, and nobody to run it? A star lit, and nobody to pour oil in to keep the wick burning? A garden, and no gardener? Flowers, and no florist? Conditions, and no conditioner?" He that sitteth in the heavens shall laugh at such absurd atheism.

2. THE ARGUMENTS FOR THE EXISTENCE OF GOD.

[Footnote: A fuller and complete presentation of these arguments for the Existence of God may be found in the works of Dr. Augustus H. Strong and Dr. Francis L. Patten, to whom the author is here indebted.]

These arguments may not prove conclusively that God is, but they do show that in order to the existence of any knowledge, thought, reason, conscience in man, we must assume that God is (Strong). It is said of the beautiful, "It may be shown, but not proved." So we say of the existence of God. These arguments are probable, not demonstrative. For this reason they supplement each other, and constitute a series of evidences which is cumulative in its nature. Though taken singly, none of them can be considered absolutely decisive, they together furnish a corroboration of our primitive conviction of God's existence, which is of great practical value, and is in itself sufficient to bind the moral actions of men. A bundle of rods may not be broken even though each one separately may; the strength of the bundle is the strength of the whole. If in practical affairs we were to hesitate to act until we have absolute and demonstrable certainty, we should never begin to move at all.

Instead of doubting everything that can be doubted, let us rather doubt nothing until we are compelled to doubt.

Dr. Orr, of Glasgow, says: What we mean by the proof of God's existence is simply that there are necessary acts of thought by which we rise from the finite to the infinite, from the caused to the uncaused, from the contingent to the necessary, from the reason involved in the structure of the universe to a universal and eternal reason, which is the ground of all, from morality in conscience to a moral Lawgiver and Judge....