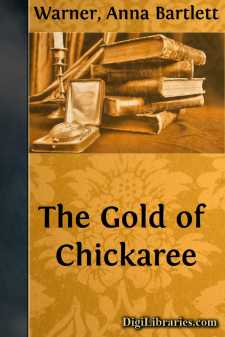 Dr. Maryland and his daughter were driving homeward after some business which had taken them to the village.

'She will if she knows what is good for her,' the doctor answered decidedly.

'But she has been away from Chickaree now nearly a year.'

'I don't know what her guardian is thinking of,' Dr. Maryland said, somewhat discontentedly.

'Duke is her guardian too,' remarked Primrose.

'You land a fish sometimes best with a long line, my dear.'

'People say she has been very gay at Newport.'

'Do you think, papa, she would ever settle down and be quiet and give all such gayety up?'

'The answer to that lies in what I do not know, my dear.'

'Papa,' Primrose went on, after the pause of a minute, 'don't you think the will was rather hard upon Hazel?'

'No,' said the doctor, decidedly. 'What can a girl want more?'

'She is not obliged to marry him.'

'But she can't marry anybody else, papa, without losing all her fortune, that is'

Primrose laughed a little privately at the statement which she did not combat. She was thinking that Duke did not look at all depressed, and querying whether it was because he knew more than she did, or because he did not care. The old buggy stopped before the door of the long, low, stone house, and the conversation went no further.

Meanwhile, far away in the city, the young lady in question had discovered what nobody knew, and at last had unveiled her own secret. Not doubtingly, as she had glanced at it before, but beyond question, as an accepted fact. She hid it well from other people; she was at no pains to hide it from herself. Pains would have been of no use. If, in the somewhat secluded quiet of the first part of the winter, she had contrived a little to confuse things, it was no longer possible the moment she was out in the world again. Well she knew that she would rather live over three minutes in the red room when she had unconsciously pleased Mr. Rollo's taste, than to dance the gayest dance with such men as Stuart Nightingale, or do miles of promenading with the peers of Mr. May. For to Wych Hazel, to care for anybody so, was to care not two straws for anybody else. The existence, almost, of other men sank out of sight. She heard their compliments, she laughed at their talk, but through it all neither eye nor ear would have missed the faintest token of Mr. Rollo's presence; and since he was not there, she amused herself with mental comparisons not very flattering to the people at hand. She could not escape their admiration, but it was rather a bore. She care to have them stand round her, and join her in the street, and ask her to drive? She enjoy their devotion? 'In idea' she belonged to somebody else, some time ago; now, the idea was her own; and she cared no more for the rest of the world than if they had been so many lay figures....