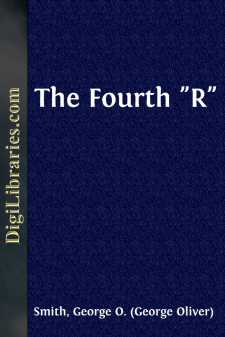 His fifth birthday was not celebrated by the usual horde of noisy, hungry kids running wild in the afternoon. It started at seven, with cocktails. They were served by his host, Paul Brennan, to the celebrants, the boy's father and mother. The guest of honor sipped ginger ale and nibbled at canapés while he was presented with his gifts: A volume of Kipling's Jungle Tales, a Spitz Junior Planetarium, and a build-it-yourself kit containing parts for a geiger counter and an assortment of radioactive minerals to identify. Dinner was served at eight, the menu selected by Jimmy Holden—with the exception of the birthday cake and its five proud little candles which came as an anticipated surprise from his "Uncle" Paul Brennan.

After dinner, they listened to some music chosen by the boy, and the evening wound up with three rubbers of bridge. The boy won.

They left Paul Brennan's apartment just after eleven o'clock. Jimmy Holden was tired and pleasantly stuffed with good food. But he was stimulated by the party. So, instead of dropping off to sleep, he sat comfortably wedged between his father and mother, quietly lost in his own thoughts until the car was well out of town.

Then he said, "Dad, why did you make that sacrifice bid on the last hand?" Father and son had been partners.

"You're not concerned about losing the rubber, are you?" It had been the only rubber Jimmy lost.

His father gave an amused groan. "It has to do with the laws of probability and the theory of games," he said.

The boy shook his head. "Bridge," he said thoughtfully, "consists of creating a logical process of play out of a random distribution of values, doesn't it?"

"Yes, if you admit that your definition is a gross oversimplification. It would hardly be a game if everything could be calculated beforehand."

"In any game there is the element of a calculated risk."

Jimmy Holden was silent for a half-mile thinking that one over. "How," he asked slowly, "can a risk be calculated?"

His father laughed. "In fine, it can't. Too much depends upon the personality of the individual."

"Seems to me," said Jimmy, "that there's not much point in making a bid against a distribution of values known to be superior. You couldn't hope to make it; Mother and Uncle Paul had the cards."

His father laughed again. "After a few more courses in higher mathematics, James, you'll begin to realize that some of the highest mathematics is aimed at predicting the unpredictable, or trying to lower the entropy of random behavior—"

Jimmy Holden's mother chuckled. "Now explain entropy," she said. "James, what your father has been failing to explain is really not subject to simple analysis. Who knows why any man will hazard his hard-earned money on the orientation of a pair of dice? No amount of education nor academic study will explain what drives a man. Deep inside, I suppose it is the same force that drives everybody. One man with four spades will take a chance to see if he can make five, and another man with directorships in three corporations will strive to make it four."