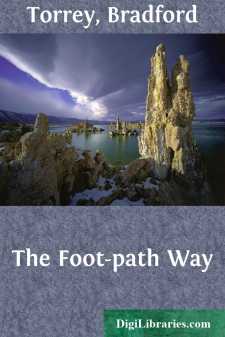 We were neither "rapid" nor "gay," and it was still only the first week of June; if we were summer boarders, therefore, we must be of some unusual early-blooming variety.

First came a lady, in excellent repute among the savants of Europe and America as an entomologist, but better known to the general public as a writer of stories. With her, as companion and assistant, was a doctor of laws, who is also a newspaper proprietor, a voluminous author, an art connoisseur, and many things beside. They had turned their backs thus unseasonably upon the metropolis, and in this pleasant out-of-the-way corner were devoting themselves to one absorbing pursuit,—the pursuit of moths. On their daily drives, two or three insect nets dangled conspicuously from the carriage,—the footman, thrifty soul, was never backward to take a hand,—and evening after evening the hotel piazza was illuminated till midnight with lamps and lanterns, while these enthusiasts waved the same white nets about, gathering in geometries, noctuids, sphinges, and Heaven knows what else, all of them to perish painlessly in numerous "cyanide bottles," which bestrewed the piazza by night, and (happy thought!) the closed piano by day. In this noble occupation I sometimes played at helping; but with only meagre success, my most brilliant catch being nothing more important than a "beautiful Io." The kind-hearted lepidopterist lingered with gracious emphasis upon the adjective, and assured me that the specimen would be all the more valuable because of a finger-mark which my awkwardness had left upon one of its wings. So—to the credit of human nature be it spoken—so does amiability sometimes get the better of the feminine scientific spirit. To the credit of human nature, I say; for, though her practice of the romancer's art may doubtless have given to this good lady some peculiar flexibility of mind, some special, individual facility in subordinating a lower truth to a higher, it surely may be affirmed, also, of humanity in general, that few things become it better than its inconsistencies.

Of the four remaining members of the company, two were botanists, and two—for the time—ornithologists. But the botanists were lovers of birds, also, and went nowhere without opera-glasses; while the ornithologists, in turn, did not hold themselves above some elementary knowledge of plants, and amused themselves with now and then pointing out some rarity—sedges and willows were the special desiderata—which the professional collectors seemed in danger of passing without notice. All in all, we were a queer set. How the Latin and Greek polysyllables flew about the dining-room, as we recounted our forenoon's or afternoon's discoveries! Somebody remarked once that the waiters' heads appeared to be more or less in danger; but if the waiters trembled at all, it was probably not for their own heads, but for ours.[1]

[1] Just how far the cause of science was advanced by all this activity I am not prepared to say. The first ornithologist of the party published some time ago (in The Auk, vol. v. p. 151) a list of our Franconia birds, and the results of the botanists' researches among the willows have appeared, in part at least, in different numbers of the Bulletin of the Torrey Botanical Club....