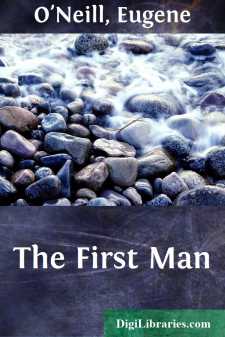 SCENE—Living-room of CURTIS JAYSON'S house in Bridgetown, Conn. A large, comfortable room. On the left, an arm-chair, a big open fireplace, a writing desk with chair in far left corner. On this side there is also a door leading into CURTIS' study. In the rear, center, a double doorway opening on the hall and the entryway. Bookcases are built into the wall on both sides of this doorway. In the far right corner, a grand piano. Three large windows looking out on the lawn, and another arm-chair, front, are on this right side of the room. Opposite the fireplace is a couch, facing front. Opposite the windows on the right is a long table with magazines, reading lamp, etc. Four chairs are grouped about the table. The walls and ceiling are in a French gray color. A great rug covers most of the hardwood floor.

It is around four o'clock of a fine afternoon in early fall.

As the curtain rises, MARTHA, CURTIS and BIGELOW are discovered. MARTHA is a healthy, fine-looking woman of thirty-eight. She does not appear this age for her strenuous life in the open has kept her young and fresh. She possesses the frank, clear, direct quality of outdoors, outspoken and generous. Her wavy hair is a dark brown, her eyes blue-gray. CURTIS JAYSON is a tall, rangy, broad-shouldered man of thirty-seven. While spare, his figure has an appearance of rugged health, of great nervous strength held in reserve. His square-jawed, large-featured face retains an eager boyish enthusiasm in spite of its prevailing expression of thoughtful, preoccupied aloofness. His crisp dark hair is graying at the temples. EDWARD BIGELOW is a large, handsome man of thirty-nine. His face shows culture and tolerance, a sense of humor, a lazy unambitious contentment. CURTIS is reading an article in some scientific periodical, seated by the table. MARTHA and BIGELOW are sitting nearby, laughing and chatting.

BIGELOW—[Is talking with a comically worried but earnest air.] Do you know, I'm getting so I'm actually afraid to leave them alone with that governess. She's too romantic. I'll wager she's got a whole book full of ghost stories, superstitions, and yellow-journal horrors up her sleeve.

MARTHA—Oh, pooh! Don't go milling around for trouble. When I was a kid I used to get fun out of my horrors.

BIGELOW—But I imagine you were more courageous than most of us.

BIGELOW—Well, Nevada—the Far West at that time—I should think a child would have grown so accustomed to violent scenes—

MARTHA—[Smiling.] Oh, in the mining camps; but you don't suppose my father lugged me along on his prospecting trips, do you? Why, I never saw any rough scenes until I'd finished with school and went to live with father in Goldfield.

BIGELOW—[Smiling.] And then you met Curt.

MARTHA—Yes—but I didn't mean he was a rough scene. He was very mild even in those days. Do tell me what he was like at Cornell.

MARTHA—[Pointing at CURTIS with gay mischief.] What! That sedate man!...