The Evolution of an English Town 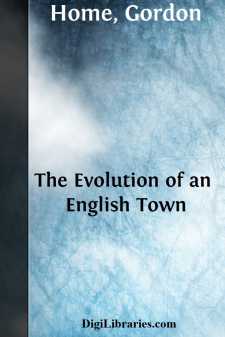 In the North Riding of Yorkshire, there is a town of such antiquity that its beginnings are lost far away in the mists of those times of which no written records exist. What this town was originally called, it is impossible to say, but since the days of William the Norman (a pleasanter sounding name than "the Conqueror,") it has been consistently known as Pickering, although there has always been a tendency to spell the name with y's and to abandon the c, thus producing the curious-looking result of Pykeryng; its sound, however was the same.

In his Chronicles, John Stow states on the authority of "divers writers" that Pickering was built in the year 270 B.C., but I am inclined to think that the earliest settlements on the site or in the neighbourhood of the present town must have been originated at an infinitely earlier period.

But despite its undisputed antiquity there are many even in Yorkshire who have never heard of the town, and in the south of England it is difficult to find anyone who is aware that such a place exists. At Rennes during the great military trial there was a Frenchman who asked "Who is Dreyfus?" and we were surprised at such ignorance of a name that had been on the lips of all France for years, but yet we discover ourselves to be astonishingly lacking in the knowledge of our own little island and find ourselves asking "why should anyone trouble to write a book about a town of which so few have even heard?" But it is often in the out-of-the-way places that historical treasures are preserved, and it is mainly for this reason and the fact that the successive periods of growth are so well demonstrated there, that the ancient town of Pickering has been selected to illustrate the evolution of an English town.

I have endeavoured to produce a complete series of pictures commencing with the Ice Age and finishing at the dawn of the twentieth century. In the earlier chapters only a rough outline is possible, but as we come down the centuries and the records become more numerous and varied, fuller details can be added to the pictures of each age, and we may witness how much or how little the great series of dynastic, constitutional, religious and social changes effected a district that is typical of many others in the remoter parts of England.

Built on sloping ground that rises gently from the rich, level pastures of the Vale of Pickering, the town has a picturesque and pleasant site. At the top of the market-place where the ground becomes much steeper stands the church, its grey bulk dominating every view. From all over the Vale one can see the tall spire, and from due east or west it has a surprising way of peeping over the hill tops. It has even been suggested that the tower and spire have been a landmark for a very long time, owing to the fact that where the hills and formation of the ground do not obstruct the view, or make road-making difficult, the roads make straight for the spire....