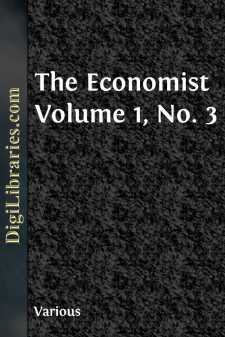 Since the publication of our article on the Brazilian Treaty, we have received several letters from individuals who, agreeing with us entirely in the free-trade view of the question, nevertheless are at variance with us as to the commercial policy which we should pursue towards that country, in order to coerce them into our views regarding slavery. We are glad to feel called upon to express our views on this subject, to which we think full justice has not yet been done.

We must, however, in doing so, make a great distinction between the two classes of persons who are now found to be joined in an alliance against this application of free-trade principles; two classes who have always hitherto been so much opposed to each other, that it would have been very difficult ten years since to have conceived any possible combinations of circumstances that could have brought them to act in concert: we mean the West India interest, who so violently opposed every step of amelioration to the slave from first to last; and that body of truly great philanthropists who have been unceasing in their efforts to abolish slavery wherever and in whatever form it was to be found. To the latter alone we shall address our remarks.

As far as it can be collected, the argument relied upon by this party appears to be, that having once abolished slavery in our own dominions we ought to interdict the importation of articles produced by slave labour in other countries, in order to coerce them, for the sake of their trade with us, to follow our example.

We trust we shall be among the last who will ever be found advocating the continuance of slavery, or opposing any legitimate means for its extinction; but we feel well assured that those who have adopted the opinion quoted above, have little considered either the consequences or the tendencies of the policy they support.

The first consideration is, that if this policy is to be acted upon, on principle, it must extend to the exclusion of all articles produced in whatever country by slaves. It must apply with equal force to the gold, silver, and copper of Brazil, as it does to the sugar and coffee produced in that country;—it must apply with equal force to the cotton, the rice, the indigo, the cochineal, and the tobacco of the Southern States of America, and Mexico, as it does to the sugar and coffee of Cuba. To be in any way consistent in carrying out this principle, we must exclude the great material on which the millions of Lancashire, the West of Yorkshire, and Lanarkshire depend for their daily subsistence; we must equally exclude tobacco, which gives revenue to the extent of 3,500,000l. annually; we must refuse any use of the precious metals, whether for coin, ornament, or other purposes. But even these form only one class of the obligations which the affirming of this principle would impose upon us. If we would coerce the Brazilians by not buying from them, it necessarily involves the duty of not selling to them; for if we sell, we supply them with all the means of conducting their slave labour; we supply the implements of labour, or the materials from which they are made; we supply clothing for themselves and their slaves; we supply part of their foods and most of their luxuries; the wines and the spirits in which the slave-owner indulges; and we even supply the very materials of which the implements of slave punishment or coercion are made;—and thus participate much more directly in the profits of slavery than by admitting their produce into this country....