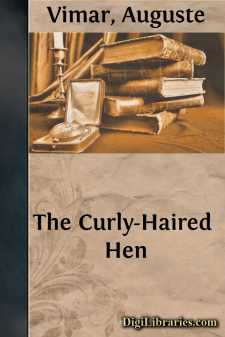 "Oh Grandfather, tell us a story, do. You know, the one you began the other evening about Mother Etienne's big farm. You remember. The weather is so bad and we can't go out. Go on, Grandfather, please."

Coaxingly the three children clung round their grandfather, looking at him beseechingly. He adoring the children as he did, loved to hear them plead.

2At last he began:

Love animals, my children, be kind to them, care for them, and you will surely have your reward.

Mother Etienne was a good stout woman with a very kind heart. While still young she was so unfortunate as to lose her husband and her son of whom she was very fond. This made her, as you can imagine, very, very sad. She wouldn't listen to any new offers of marriage though she had plenty of them. Instead, she devoted her life, her whole existence, to the attentive, nay I ought to say, the maternal care, of the animals on her farm, making them as comfortable as could be.

She had, as I said before, a most excellent heart, the good Mother Etienne. You shall see that presently.

This good woman then lived on her big farm, very spacious and admirably situated. A slate roof covered the large house; the granaries,3 stables and outhouses were sheltered by old thatching upon which grew moss and lichen.

Let me tell you now, dear children, who were the chief occupants of the farm. First there was big "Coco"—a fine Normandy horse—bay-coloured and very fat, whose silky coat had a purple sheen; he had a star on his forehead and a pink mark between his eyes. He was very gentle and answered to the voice of his mistress. If Mother Etienne passed by his stable he never failed to scent her and whinnied at once. That was his way of showing his friendliness and saying

His good mistress spoiled him with all sorts of dainties. Sometimes a crust of bread, sometimes a handful of carrots, but what he loved best of all was sugar. If you had given him a whole loaf he would soon have eaten it up.

Coco had for stable companions three fine Swiss cows. Their names were La Blonde, Blanchotte, and Nera. You know what the colours were for the names, don't you?

Petit-Jacques, the stable boy, took care of them. On fine5 days he led them to pasture into a bog paddock near the farm up against a pretty wood of silver beeches. A large pond of clear water covered one corner of the meadow and lost itself in the reeds and iris. There the fine big cows went to quench their thirst; quantities of frogs went there, too, to play leap-frog. It was a veritable earthly Paradise.

From the farm Mother Etienne caught the sound of the large bronze bells each with its different low note, which hung round the necks of the cows; thus she could superintend their comings and goings without interrupting her various occupations....