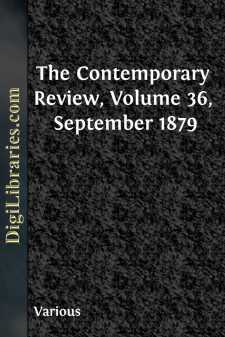 THE FUTURE OF CHINA.

The late reconquest by China of some of her former possessions in Central Asia, and the firm tone in which she is urging her demands upon Russia, in respect of the Kuldja territory, are giving her a prominence as a factor in Asiatic politics which she can scarcely be said to have claimed before. These signs of tenacity of purpose, if not of actual vitality, acquire an additional interest when viewed in connection with the recently modified policy of her Government towards Western States; a policy which, whether induced by an honest intention to forego the traditional exclusiveness of past ages, or by a shrewd determination to cope, if possible, with more advanced nations upon the advantageous footing secured by the cultivation of the progressive Arts and Sciences, has had the effect of bringing China into diplomatic relations with the principal Powers of Europe and America, and introducing her as a recognised element into the political calculations of the civilized world. The issue of the Kuldja controversy has a special interest for England, as the mistress of adjacent territory in India; but a far greater importance attaches to the result of the larger efforts which China is making to take up a position amongst the nations, and upon the success of which all her political future must depend. It is of that future, and of its bearing upon the interests of China's two great rivals in Asiatic dominion, Russia and Great Britain, that this paper proposes to treat.

It cannot be predicated of the Government of China, at any rate at present, that it is greedy of territory. On the contrary, its responsibilities are already as serious as it must feel at all competent to fulfil with credit to itself and satisfaction to its people. But, on the other hand, it is remarkably tenacious of parting with a single rood of ground, to which it may claim the right of traditional possession or more recent conquest. When portions of its territory have been torn from its grasp by successful rebellion, it has for the moment yielded to the inevitable. But the earliest opportunity possible has been seized for reentering upon possession, either by force or craft. The late recovery of the province of Yunnan in China proper, and of Chinese Turkestan in Central Asia, after crushing defeats and years of alienation, affords notable instances of this tenacity of purpose. But such successful reentries upon lost dominion have only been effected where the usurping power has partaken of the same or a similar Asiatic character with that of the Chinese themselves. Where circumstances have brought the Government into collision with the more energetic and enterprising people of the West, it has had no alternative but to make material concessions, and to confirm these by treaties of perpetual amity and commerce. Russia and England are the only Western Powers that have thus benefited themselves at the expense of China: Russia, with a view to the enlargement or rectification of her frontier, which from the mouth of the Amour to the foot of the Tien Shan is conterminous with that of China; and England, for the protection and promotion of her trade, which must have languished, if not perished, under the constraints of the old Co-hong system.

Whether the resubjugation of entire provinces by the Imperial Government may be regarded as a blessing or a curse to the populations concerned, it is difficult to decide. For them it is unhappily a mere choice between being at the mercy of unscrupulous adventurers, elated with a series of successes, and rendered ferocious by a life of rapine, but utterly unprepared to introduce any serious system of reform; or being restored to a rule which, although worn out and feeble, has the advantage of an old-established organization, and can prove, by its general policy at any rate, that it has the welfare of the governed seriously at heart. On the whole, setting aside the wholesale cruelty which has unhappily too often distinguished such governmental triumphs on the part of the Chinese, and to which, indeed, the unlucky people seem liable whichever party may happen to gain the ascendency, the preferable conclusion would seem to be that resubmission to native authority is perhaps the mildest fate that can be desired for those subjects of China whose country has unfortunately been the scene of civil war. But an entirely different result may be looked for when foreign dominion—that is to say, European—has taken the place of Chinese. In the case of England, there can be little fear but that, in spite of the notable mistakes which have at times marked her colonial administration of Asiatic peoples, the primary object to which she has always set herself has been the welfare of the governed, and the development of the resources of the country which they occupy. And even as regards Russia, however irresponsible her system of government, selfish and unscrupulous her foreign policy, and corrupt her executive, may be regarded from an English point of view, still there can be little question that her assumption of authority over any tract of Asian territory must be considered preferable in the interests of philanthropy and general expediency to its restoration to an intrinsically weak and unpractical Government like that of the Chinese....