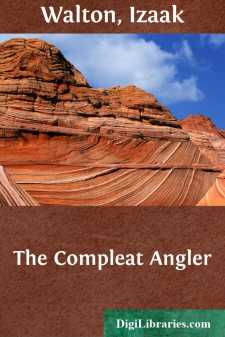 I told this, which is to be read in the sixth chapter of the book of Dubravius, unto a friend, who replied, " It was as improbable as to have the mouse scratch out the cat's eyes". But he did not consider, that there be Fishing frogs, which the Dalmatians call the Water-devil, of which I might tell you as wonderful a story: but I shall tell you that 'tis not to be doubted but that there be some frogs so fearful of the water-snake, that when they swim in a place in which they fear to meet with him they then get a reed across into their mouths; which if they two meet by accident, secures the frog from the strength and malice of the snake; and note, that the frog usually swims the fastest of the two.

And let me tell you, that as there be water and land frogs, so there be land and water snakes. Concerning which take this observation, that the land-snake breeds and hatches her eggs, which become young snakes, in some old dunghill, or a like hot place: but the water-snake, which is not venomous, and as I have been assured by a great observer of such secrets, does not hatch, but breed her young alive, which she does not then forsake, but bides with them, and in case of danger will take them all into her mouth and swim away from any apprehended danger, and then let them out again when she thinks all danger to be past: these be accidents that we Anglers sometimes see, and often talk of.

But whither am I going ? I had almost lost myself, by remembering the discourse of Dubravius. I will therefore stop here; and tell you, according to my promise, how to catch this Pike.

His feeding is usually of fish or frogs; and sometimes a weed of his own, called pickerel-weed, of which I told you some think Pikes are bred; for they have observed, that where none have been put into ponds, yet they have there found many; and that there has been plenty of that weed in those ponds, and that that weed both breeds and feeds them: but whether those Pikes, so bred, will ever breed by generation as the others do, I shall leave to the disquisitions of men of more curiosity and leisure than I profess myself to have: and shall proceed to tell you, that you may fish for a Pike, either with a ledger or a walking-bait; and you are to note, that I call that a Ledger-bait, which is fixed or made to rest in one certain place when you shall be absent from it; and I call that a Walking-bait, which you take with you, and have ever in motion. Concerning which two, I shall give you this direction; that your ledger- bait is best to be a living bait (though a dead one may catch), whether it be a fish or a frog: and that you may make them live the longer, you may, or indeed you must, take this course:

First, for your LIVE-BAIT. Of fish, a roach or dace is, I think, best and most tempting; and a perch is the longest lived on a hook, and having cut off his fin on his back, which may be done without hurting him, you must take your knife, which cannot be too sharp, and betwixt the head and the fin on the back, cut or make an incision, or such a scar, as you may put the arming-wire of your hook into it, with as little bruising or hurting the fish as art and diligence will enable you to do; and so carrying your arming-wire along his back, unto or near the tail of your fish, betwixt the skin and the body of it, draw out that wire or arming of your hook at another scar near to his : the then tie him about it with thread, but no harder than of necessity, to prevent hurting the fish; and the better to avoid hurting the fish, some have a kind of probe to open the way for the more easy entrance and passage of your wire or arming: but as for these, time and a little experience will teach you better than I can by words....