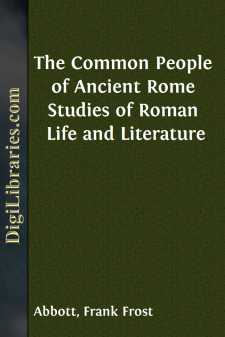 How Latin Became the Language of the World

How the armies of Rome mastered the nations of the world is known to every reader of history, but the story of the conquest by Latin of the languages of the world is vague in the minds of most of us. If we should ask ourselves how it came about, we should probably think of the world-wide supremacy of Latin as a natural result of the world-wide supremacy of the Roman legions or of Roman law. But in making this assumption we should be shutting our eyes to the history of our own times. A conquered people does not necessarily accept, perhaps it has not commonly accepted, the tongue of its master. In his "Ancient and Modern Imperialism" Lord Cromer states that in India only one hundred people in every ten thousand can read and write English, and this condition exists after an occupation of one hundred and fifty years or more. He adds: "There does not appear the least prospect of French supplanting Arabic in Algeria." In comparing the results of ancient and modern methods perhaps he should have taken into account the fact that India and Algeria have literatures of their own, which most of the outlying peoples subdued by Rome did not have, and these literatures may have strengthened the resistance which the tongue of the conquered people has offered to that of the conqueror, but, even when allowance is made for this fact, the difference in resultant conditions is surprising. From its narrow confines, within a little district on the banks of the Tiber, covering, at the close of the fifth century B.C., less than a hundred square miles, Latin spread through Italy and the islands of the Mediterranean, through France, Spain, England, northern Africa, and the Danubian provinces, triumphing over all the other tongues of those regions more completely than Roman arms triumphed over the peoples using them.

In tracing the story we must keep in our mind's eye the linguistic geography of Italy, just as we must remember the political geography of the peninsula in following Rome's territorial expansion. Let us think at the outset, then, of a little strip of flat country on the Tiber, dotted here and there with hills crowned with villages. Such hill towns were Rome, Tusculum, and Præneste, for instance. Each of them was the stronghold and market-place of the country immediately about it, and therefore had a life of its own, so that although Latin was spoken in all of them it varied from one to the other. This is shown clearly enough by the inscriptions which have been found on the sites of these ancient towns, and as late as the close of the third century before our era, Plautus pokes fun in his comedies at the provincialism of Præneste.

The towns which we have mentioned were only a few miles from Rome. Beyond them, and occupying central Italy and a large part of southern Italy, were people who spoke Oscan and the other Italic dialects, which were related to Latin, and yet quite distinct from it. In the seaports of the south Greek was spoken, while the Messapians and Iapygians occupied Calabria. To the north of Rome were the mysterious Etruscans and the almost equally puzzling Venetians and Ligurians. When we follow the Roman legions across the Alps into Switzerland, France, England, Spain, and Africa, we enter a jungle, as it were, of languages and dialects. A mere reading of the list of tongues with which Latin was brought into contact, if such a list could be drawn up, would bring weariness to the flesh. In the part of Gaul conquered by Cæsar, for instance, he tells us that there were three independent languages, and sixty distinct states, whose peoples doubtless differed from one another in their speech. If we look at a map of the Roman world under Augustus, with the Atlantic to bound it on the west, the Euphrates on the east, the desert of Sahara on the south, and the Rhine and Danube on the north, and recall the fact that the linguistic conditions which Cæsar found in Gaul in 58 B.C....