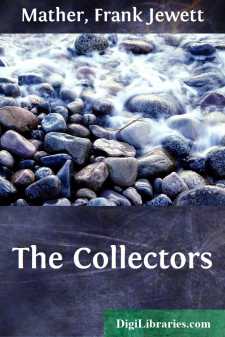 Add to My Favorites
Published: 9 years ago
Downloads: 118
Rating: (0 Votes)

A BALLADE OF ART COLLECTORS

Oh Lord! We are the covetous.  Our neighbours' goods afflict us sore.From Frisco to the Bosphorus  All sightly stuff, the less the more,We want it in our hoard and store.  Nor sacrilege doth us appal—Egyptian vault—fane at Cawnpore—  Collector folk are sinners all.

Our envoys plot in partibus.  They've small regard for chancel door,Or Buddhist bolts contiguous  To lustrous jade or gold galoreAdorning idol squat or tall—  These be strange gods that we adore—Collector folk are sinners all.

Of Romulus Augustulus  The signet ring I proudly wore.Some rummaging in ossibus  I most repentantly deplore.My taste has changed; I now explore  The sepulchres of SenegalAnd seek the pots of Singapore—  Collector folk are sinners all.

Lord! Crave my neighbour's wife! What for?  I much prefer his crystal ballFrom far Cathay. Then, Lord, ignore  Collector folk who're sinners all.

The Academy reception was approaching a perspiring and vociferous close when the Antiquary whispered an invitation to the Painter, the Patron, and the Critic. A Scotch woodcock at "Dick's" weighs heavily, even against the more solid pleasures of the mind, so terminating four conferences on as many tendencies in modern art, and abandoning four hungry souls, four hungry bodies bore down an avenue toward "Dick's" smoky realm, where they found a quiet corner apart from the crowd. It is a place where one may talk freely or even foolishly—one of those rare oases in which an artist, for example, may venture to read a lesson to an avowed patron of art. All the way down the Patron had bored us with his new Corot, which he described at tedious length. Now the Antiquary barely tolerated anything this side of the eighteenth century, the Painter was of Courbet's sturdy following, the Critic had been writing for a season that the only hope in art for the rich was to emancipate themselves from the exclusive idolatry of Barbizon. Accordingly the Patron's rhapsodies fell on impatient ears, and when he continued his importunities over the Scotch woodcock and ale, the Painter was impelled to express the sense of the meeting.

"Speaking of Corot," he began genially, "there are certain misapprehensions about him which I am fortunately able to clear up. People imagine, for instance, that he haunted the woods about Ville d'Avray. Not at all. He frequented the gin-mills in Cedar Street. We are told he wore a peasant's blouse and sabots; on the contrary, he sported a frock-coat and congress gaiters. His long clay pipe has passed into legend, whereas he actually smoked a tilted Pittsburg stogy. We speak of him by the operatic name of Camille; he was prosaically called Campbell. You think he worked out of doors at rosy dawn; he painted habitually in an air-tight attic by lamplight."

As the Painter paused for the sensation to sink in, the Antiquary murmured soothingly, "Get it off your mind quickly, Old Man," the Critic remarked that the Campbells were surely coming, and the Patron asked with nettled dignity how the Painter knew....