The Cleveland Era; a chronicle of the new order in politics 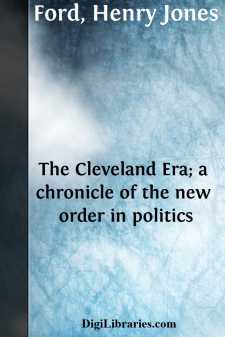 CHAPTER I. A TRANSITION PERIOD

Politicians at Washington very generally failed to realize that the advent of President Hayes marked the dismissal of the issues of war and reconstruction. They regarded as an episode what turned out to be the close of an era. They saw, indeed, that public interest in the old issues had waned, but they were confident that this lack of interest was transient. They admitted that the emotional fervor excited by the war and by the issues of human right involved in its results was somewhat damped, but they believed that the settlement of those issues was still so incomplete that public interest would surely rekindle. For many years the ruling thought of the Republican party leaders was to be watchful of any opportunity to ply the bellows on the embers. Besides genuine concern over the way in which the negroes had been divested of political privileges conferred by national legislation, the Republicans felt a tingling sense of party injury.

The most eminent party leaders at this time—both standing high as presidential possibilities—were James G. Blaine and John Sherman. In a magazine article published in 1880 Mr. Blaine wrote: "As the matter stands, all violence in the South inures to the benefit of one political party.... Our institutions have been tried by the fiery test of war, and have survived. It remains to be seen whether the attempt to govern the country by the power of a 'solid South,' unlawfully consolidated, can be successful.... The republic must be strong enough, and shall be strong enough, to protect the weakest of its citizens in all their rights." And so late as 1884, Mr. Sherman earnestly contended for the principle of national intervention in the conduct of state elections. "The war," he said, "emancipated and made citizens of five million people who had been slaves. This was a national act and whether wisely or imprudently done it must be respected by the people of all the States. If sought to be reversed in any degree by the people of any locality it is the duty of the national government to make their act respected by all its citizens."

Republican party platforms reiterated such opinions long after their practical futility had become manifest. Indeed, it was a matter of common knowledge that negro suffrage had been undone by force and fraud; hardly more than a perfunctory denial of the fact was ever made in Congress, and meanwhile it was a source of jest and anecdote among members of all parties behind the scenes. Republican members were bantered by Democratic colleagues upon the way in which provision for Republican party advantage in the South had actually given to the Democratic party a solid block of sure electoral votes. The time at last came when a Southern Senator, Benjamin Tillman of South Carolina, blurted out in the open what had for years been common talk in private. "We took the government away," he asserted. "We stuffed ballot boxes. We shot them. We are not ashamed of it.... With that system—force, tissue ballots, etc.—we got tired ourselves....