The Challenge of the North 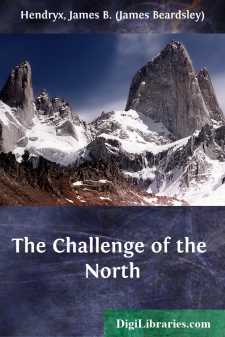 The Challenge of the North

Oskar Hedin, head of the fur department of old John McNabb's big store, looked up from his scrutiny of the Russian sable coat spread upon a table before him, and encountered the twinkling eyes of old John himself.

"It's a shame to keep this coat here—and that natural black fox piece, too. Who is there in Terrace City that's got thirty thousand dollars to spend for a fur coat, or twenty thousand for a fox fur?"

"An' paid thirty-five thousand for a coat that runs half a dozen shades lighter, an' is topped an' pointed to bring it up to the best it's got. Did I ever tell ye the story of Mrs. Orcutt's coat?"

"It goes back quite a ways—the left-handed love me an' Fred Orcutt has for one another. We speak neighborly on the street, an' for years we've played on opposite sides of a ball-a-hole foursome at the Country Club, but either of us would sooner lose a hundred dollars than pay the other a golf ball.

"It come about in a business way, an' in a business way it's kept on.Not a dollar of McNabb money passes through the hands of Orcutt'sWolverine Bank—an' he could have had it all, an' he knows it.

"As ye know, I started out, a lad, with the Hudson's Bay Company, an' I'd got to be a factor when an old uncle of my mother's in Scotlan' died an' left me a matter of twenty thousand pounds sterling. When I got the money I quit the Company an' drifted around a bit until finally I bought up a big tract of Michigan pine. There wasn't any Terrace City then. I located a sawmill here at the mouth of the river an' it was known as McNabb's Landin'.

"D'ye see those docks? I built 'em, an' I've seen the time when they was two steamers warped along each side of 'em, an' one acrost the end, an' a half a dozen more anchored in the harbor waitin' to haul McNabb's lumber. The van stood on this spot in the sawmill days, an' when it got too small I built a wooden store. Folks began driftin' in. They changed the name from McNabb's Landin' to Terrace City, an' I turned a many a good dollar for buildin' sites.

"The second summer brought Fred Orcutt, an' I practically give him the best lot of the whole outfit to build his bank on. The town outgrew the wooden store an' I built this one, addin' the annex later, an' I ripped out the old dam an' put in a concrete dam an' a power plant that furnished light an' power for all Terrace City. Money was comin' in fast an' I invested it here an' there—Michigan, an' Minnesota, an' Winconsin pine, an' the Lord knows what not. Then come the panic, an' I found out almost over night that I was land poor. I needed cash, or credit at the bank, or I had to take a big loss. I went to see Fred Orcutt—I banked with him, those days, an' he knew the fix I was in. Yes, the bank would be glad to accommodate me all right; if you could of been there an' heard Fred Orcutt lay down his terms you'd know just how damn glad they'd of been to accommodate me....