The Century Handbook of Writing 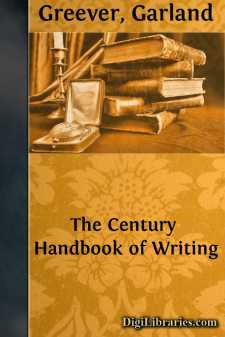 1. Do not write a subordinate part of a sentence as if it were a complete sentence.

Note.—A sentence must in itself express a complete thought. Phrases or subordinate clauses, if used alone, carry only an incomplete meaning. They must therefore be attached to a sentence, or restated in independent form. Elliptical expressions used in conversation may be regarded as exceptions: Where? At what time? Ten o'clock. By no means. Certainly. Go.

My next experience was in a grain elevator. Where I worked for two summers. The parts of a fountain pen are: first, the point. This is gold. Second, the body. The form is set rigidly. So that it will not be displaced when the concrete is thrown in. There are several reasons to account for the swarming of bees. One of these having already been mentioned. Since June the company has increased its trade three per cent. Since August, five per cent. Incomplete Constructions

2. Do not leave uncompleted a construction which you have begun.

As far as his having been deceived, there is a difference of opinion on that matter. The fact that he was always in trouble, his parents wondered whether he should remain in school or not. People who go back to the scenes of their childhood everything looks strangely small. It was the custom that whenever a political party came into office, for the incoming men to discharge all employees of the opposite party. Although the average man, if asked whether he could shoot a rabbit, would answer in the affirmative, even though he had never hunted rabbits, would find himself badly mistaken. Necessary Words Omitted

3. Do not omit a word or a phrase which is necessary to an immediate understanding of a sentence.