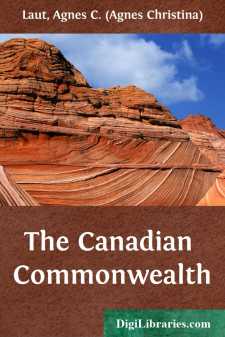 CHAPTER I NATIONAL CONSCIOUSNESS I

An empire the size of Europe setting out on her career of world history is a phenomenon of vast and deep enough import to stir to national consciousness the slumbering spirit of any people. Yet when you come to trace when and where national consciousness awakened, it is like following a river back from the ocean to its mountain springs. From the silt borne down on the flood-tide you can guess the fertile plains watered and far above the fertile plains, regions of eternal snow and glacial torrent warring turbulently through the adamantine rocks. You can guess the eternal striving, the forward rush and the throwback that have carved a way through the solid rocks; but until you have followed the river to its source and tried to stem its current you can not know.

So of peoples and nations.

Fifty years ago, as far as world affairs were concerned, Japan did not exist. Came national consciousness, and Japan rose like a star dominating the Orient. A hundred years ago Germany did not exist. Came national consciousness welding chaotic principalities into unity, and the mailed fist of the empire became a menace before which Europe quailed. So of China with the ferment of freedom leavening the whole. So of the United States with the Civil War blending into a union the diversities of a continent. When you come to consider the birth of national consciousness in Canada, you do not find the germ of an ambition to dominate, as in Japan and Germany. Nor do you find a fight for freedom. Canada has always been free—free as the birds of passage that winged above the canoe of the first voyageur who pointed his craft up the St. Lawrence for the Pacific; but what you do find from the very first is a fight for national existence; and when the fight was won, Canada arose like a wrestler with consciousness of strength for new destiny.

Go back to the beginning of Canada!

She was not settled by land-seekers. Neither was she peopled by adventurers seeking gold. The first settlers on the banks of the St. Lawrence came to plant the Cross and propagate the Faith. True, they found they could support their missions and extend the Faith by the fur trade; and their gay adventurers of the fur trade threaded every river and lake from the St. Lawrence to the Columbia; but, primarily, the lure that led the French to the St. Lawrence was the lure of a religious ideal. So of Ontario and the English provinces. Ontario was first peopled by United Empire Loyalists, who refused to give up their loyalty to the Crown and left New England and the South, abandoning all earthly possessions to begin life anew in the backwoods of the Great Lakes country. The French came pursuing an ideal of religion. The English came pursuing an ideal of government. We may smile at the excesses of both devotees—French nuns, who swooned in religious ecstasy; old English aristocrats, who referred to democracy as "the black rot plague of the age"; but the fact remains—these colonists came in unselfish pursuit of ideals; and they gave of their blood and their brawn and all earthly possessions for those ideals; and it is of such stuff that the spirit of dauntless nationhood is made....