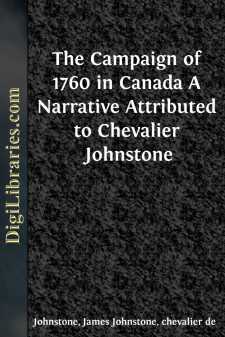 Hope that heavenly, healing balm, that gift from Providence, blended with persecutions to blunt the sharpness of their sting and hinder the unfortunate from being overwhelmed, and sinking under the load of their afflictions, never dies out—never abandons the distressed. "We don't believe in dangers," says Machiavel, "until they are over our heads; but we entertain hopes of escaping them when at a great distance." Hope does not abandon the pale, dying man: in his agony he still fells life, and in his thoughts he does not detach himself from it. Death strikes, before his heart has realized that he could cease to live. Search in the prisons: hope dwells there with the wretch who next day is to undergo his sentence of death. Every time the bolts rattle, he believes his deliverance entering with the jailer. Whole years of slavery have not been able to wear out this consoling sentiment. These contradictions,—these differences of seeing,—these returns,—this stormy flow and ebb, are so many effects of hope, which plays upon us and never ceases. It is inherent in human nature to hope in adversity for a favorable change of fate, however the appearances may be ill-grounded of an end to its pain and suffering.

The Canadians, without the least apparent reason, still flattered themselves to save their country, and did not lose the hope of retaking Quebec, though without artillery and warlike stores. All minds were occupied during the winter in forming projects of capturing that town, which were entirely chimerical, void of common sense, and nowise practicable. No country ever hatched a greater number—never projects more ridiculous and extravagant; everybody meddled. The contagion spread even to my Lord Bishop and his seminary of priests, who gave their plan, which, like all the others, lacked only common sense and judgment. In short, a universal insanity prevailed at Montreal. Amongst thousands of the productions of these distempered brains, that of surprising Quebec by a forced march in winter and taking it by escalade, was the only one where there was the least chance of success. This project was for some time agitated so seriously, that workmen were employed in making wooden ladders; but having always looked upon it as a wild and extravagant fancy of priests and old women, I constantly argued against it whenever they spoke of it, and it was continually the topic of conversation.

The Upper Town of Quebec lies upon the top of a rock, about two hundred feet high, almost perpendicular in some parts of it, and everywhere extremely steep and inaccessible, excepting towards the Hauteurs d'Abraham, which is a continuation of the same hill, that begins at Quebec and ends at Cap Rouge, diminishing gradually in height in the space of these three leagues. The Lower Town is a narrow piece of ground, from a hundred to four or five paces broad, between the foot of the rock and the St. Lawrence.

There is a street which goes up to the Upper Town without a continuation of houses; it is impossible to climb up the rock from the Lower Town, as I was employed three weeks upon it with miners and other workmen, to render all the footpaths impracticable; we finished only a few days before the arrival of the English fleet (in 1759)....