The Cabin on the Prairie 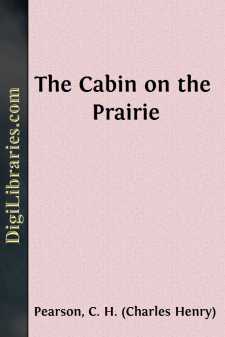 “There, the last hill is dug, and I’m glad!” and Tom Jones leaned on his hoe, lost in thought.

He was a stout lad of sixteen, with frowzy brown hair, crowned by a brimless straw hat, and his pants looked as if they had been turned inside out and outside in, upside down and downside up, and darned and patched and re-darned and patched again, until time, and labor, and cloth enough, such as it was, had been used to fabricate a number of pairs of pants. As for boots,–for his lower extremities were not wholly destitute of protection,–they might have come down to him as an heir-loom from a pauper of a preceding generation. But what mattered it to him that his clothes were threadbare, many-hued, and grotesque? or that his boots let the deep, rich soil in at sides and toes? Was he not a “squatter sovereign,” or the son of one, free in his habits as the Indian that roamed the prairies of his frontier home? He had not heard of “the latest fashion,” and paid no attention to the cut of his garments, although, it must be confessed, he sometimes wished them a trifle more spruce and comfortable. His home, as I have hinted, was on the prairie. Nevertheless, the family domain was an unpretending one. Less than an acre, fenced in the rudest manner, enclosed the “farm and farm buildings,” the latter consisting of a small log house and log pigsty, the cabin, at the time our sketch opens, being, it is evident, at least two seasons old–a fact which serves to show the more plainly the poverty and thriftlessness of the inmates; for they have had time, certainly, to cultivate quite a tract of the easily-tilled land, had they enterprise and industry. But they belonged to a class not famous for these virtues–the restless, ever-moving class that pioneer the way towards the setting sun. But perhaps we are leaving the boy propped too long on his hoe. Let us take a more critical look at him. “Fine feathers don’t make fine birds,” observes the old proverb. Forgetting the dress, then, please study his face. A clear, deep-blue eye, delicately-arched eyebrows, regular features, mouth and chin indicating decision and native refinement, and a well-developed forehead. Ah, here may be a diamond in the rough! Who knows?

The squatter’s son looked about him with a dissatisfied air. “I do wish,” he soliloquized, “that I could see something of the world, and do something for myself. Here we’ve been changing around from one place to another, doing nothing but raise a few potatoes and a little corn, living in a miserable cabin, where there are no schools, and scarcely any neighbors. It’s too bad to spend all our days so. I believe we were made for something better; and, as the minister told us Sunday, we ought to try and be somebody, and not float along as the stick on the stream. I’m sure it isn’t, and never was, to mother’s mind; and, as to father–” And here he stopped and pondered, as if trying to solve a mystery, and in a style that would have been pronounced philosophic, had he been a college professor–scratched his head....