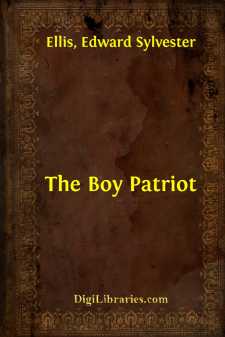 Were you ever on the coast of Maine? If so, you know how the rocky shores stretch out now and then clear into the ocean, and fret the salt waves till they are all in a foam. Old Ocean is not to be so set at defiance and have his rightful territory wrung from him, without taking his revenge after his own fashion. Far up into the land he sends his arms, and crooks and bends and makes his way amid the rocks, and finally falls asleep in some quiet harbor, where the tall pines stand by the shore to sing him a lullaby.

In just such a spot as this the town we shall call Fairport was built. Axe in one hand and Bible in the other, stern settlers here found a home. Strong hard-featured sons, and fair rosy-cheeked daughters made glad the rude cabins that were soon scattered along the shore. The axe was plied in the woods, and the needle by the fireside, and yet grim Poverty was ever shaking her fist in the very faces of the settlers, and whispering sad things of what the uncertain future might have in store for them.

Cheerily they bore the hardships of the present hour, and a deaf ear they turned to all such whispers. Yet those settlers were sensible, matter-of-fact men; and it was soon plain to them, that healthful as were the breezes that made so rosy the cheeks of their daughters, Fairport was not the very best site in the world for a settlement, at least if its people were to depend on the thin and rocky soil won from the forest, which scarcely produced the bare necessaries of life.

Was Fairport given up in despair? No, no. Her settlers were not the men to be so daunted and foiled. If the land was unkindly, they could take to the water; and so they did, to a man. Some were off to the Newfoundland Banks, tossing about the codfish, and piling them up into stacks that were more profitable than any hay of their own raising. Some were on board swift vessels, doing a good share of the carrying trade between the West Indies and the New England cities. Some were seeking the whale far in the northern seas; while others, less enterprising, were content to fish nearer home for all sorts of eatable dwellers in the sea, from halibut to herring.

Now a new day had begun for Fairport. The original cabins began to tower in the air or encroach on the submissive gardens, as building after building was added by the prosperous owners. Miniature villas, with a wealth of useless piazzas, appeared in the neighborhood of the town, and substantial wharves bordered one side of the quiet harbor, and gave a welcome to the shipping that seemed to grow and cluster there like the trees of a forest.

Fairport had passed the struggles of its early youth when our story begins, though there were gray-haired citizens yet within its borders who could tell how the bears had once looked in at their cabin windows, and the pine-trees had stood thick in what was now the main street of the rising town.

The boys of Fairport were an amphibious set, who could live on land truly, but were happiest when in or near the water....