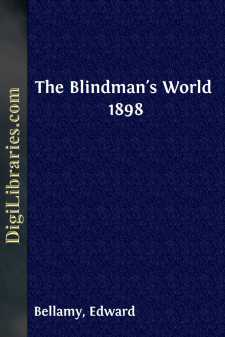 The narrative to which this note is introductory was found among the papers of the late Professor S. Erastus Larrabee, and, as an acquaintance of the gentleman to whom they were bequeathed, I was requested to prepare it for publication. This turned out a very easy task, for the document proved of so extraordinary a character that, if published at all, it should obviously be without change. It appears that the professor did really, at one time in his life, have an attack of vertigo, or something of the sort, under circumstances similar to those described by him, and to that extent his narrative may be founded on fact How soon it shifts from that foundation, or whether it does at all, the reader must conclude for himself. It appears certain that the professor never related to any one, while living, the stranger features of the experience here narrated, but this might have been merely from fear that his standing as a man of science would be thereby injured.

At the time of the experience of which I am about to write, I was professor of astronomy and higher mathematics at Abercrombie College. Most astronomers have a specialty, and mine was the study of the planet Mars, our nearest neighbor but one in the Sun's little family. When no important celestial phenomena in other quarters demanded attention, it was on the ruddy disc of Mars that my telescope was oftenest focused. I was never weary of tracing the outlines of its continents and seas, its capes and islands, its bays and straits, its lakes and mountains. With intense interest I watched from week to week of the Martial winter the advance of the polar ice-cap toward the equator, and its corresponding retreat in the summer; testifying across the gulf of space as plainly as written words to the existence on that orb of a climate like our own. A specialty is always in danger of becoming an infatuation, and my interest in Mars, at the time of which I write, had grown to be more than strictly scientific. The impression of the nearness of this planet, heightened by the wonderful distinctness of its geography as seen through a powerful telescope, appeals strongly to the imagination of the astronomer. On fine evenings I used to spend hours, not so much critically observing as brooding over its radiant surface, till I could almost persuade myself that I saw the breakers dashing on the bold shore of Kepler Land, and heard the muffled thunder of avalanches descending the snow-clad mountains of Mitchell. No earthly landscape had the charm to hold my gaze of that far-off planet, whose oceans, to the unpracticed eye, seem but darker, and its continents lighter, spots and bands.

Astronomers have agreed in declaring that Mars is undoubtedly habitable by beings like ourselves, but, as may be supposed, I was not in a mood to be satisfied with considering it merely habitable. I allowed no sort of question that it was inhabited. What manner of beings these inhabitants might be I found a fascinating speculation. The variety of types appearing in mankind even on this small Earth makes it most presumptuous to assume that the denizens of different planets may not be characterized by diversities far profounder. Wherein such diversities, coupled with a general resemblance to man, might consist, whether in mere physical differences or in different mental laws, in the lack of certain of the great passional motors of men or the possession of quite others, were weird themes of never-failing attractions for my mind. The El Dorado visions with which the virgin mystery of the New World inspired the early Spanish explorers were tame and prosaic compared with the speculations which it was perfectly legitimate to indulge, when the problem was the conditions of life on another planet.

It was the time of the year when Mars is most favorably situated for observation, and, anxious not to lose an hour of the precious season, I had spent the greater part of several successive nights in the observatory....