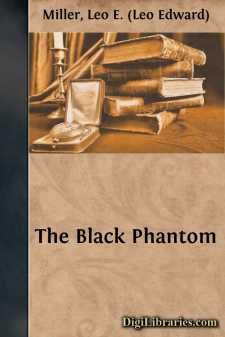 CHAPTER I When the Deluge Came

In the tropics there is not the lengthy twilight of a temperate clime; nor the fearsome splendor of the Aurora Borealis with its million streamers of ghastly light shooting into the heavens in a fan-shaped flare of quivering color to lend mystery and enchantment to the long months of the frigid, scintillating polar night.

One moment, the sun like a brassy ball of fire hangs low upon the threatening horizon; the next, it has dropped into the belt of grayish mist that marks the earth’s end and darkness has spread its silent, ominous mantle over the forest. Almost, as a room is plunged into blackness upon the snuffing out of a candle at midnight, so the jungle is flooded with gloom at the snap of the solar switch.

Uru, the great howling monkey, eyed with suspicion the bank of angry clouds descending from the slopes of the dark mountain masses to the west. Then he turned to his party, five in number, and from his throat there emanated a few gruff barks followed by a long-drawn, rumbling roar. The females hugged close the branches, gave one furtive look at the threatening sky, and joined their voices in the deafening chorus that shook the wide-spreading canopy of the tall ceiba tree and penetrated into the innermost recesses of the jungle a distance measured in miles. Then the troop clumsily made its way over the swaying branches and sought a friendly shelter in the crown of a chonta palm.

The wild things of the forest heard the warning and understood its meaning. From the snug security of the cavernous greenheart, the little, woolly douroucoulis or night monkeys roused themselves from their daylight slumbers, peered out into the fading light with round, blinking eyes, and then curled up again for another nap.

Sama, the tapir, one massive forefoot raised in midair, stopped soothing with his tongue the ugly gash inflicted by Ueshe, leader of the peccary herd when he had incautiously stumbled into its midst, and listened. His mind had been made up that to-night he should feast on the luscious grass growing so abundantly in the bed of the broad, nearly dry river. But the swelling chorus from the treetops caused Sama hastily to reach another decision. He would remain where he was, in the dense brake of chuchilla canes and satisfy his hunger on their coarser leaves. The river bed was too exposed to danger. In the all but impenetrable cane thicket lay at least a measure of safety.

Even Picici, the bushmaster, largest and deadliest of all the poisonous snakes heard—and heeded. Not one muscle in all his nine feet of tightly coiled, scale-covered body quivered. Ordinarily, Picici feared not one living thing. In the jungle he was supposed to reign supreme, save only for Muzurama, the black snake who could successfully engage him in combat if he chose; but this enemy was so rare as to be almost negligible....