The Belgians to the Front 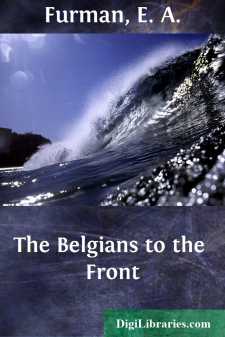 In the great public square of the ancient city of Liege, in Belgium, a troop of Belgian Boy Scouts stood at attention. Staffs in hand, clad in the short knickerbockers, the khaki shirts and the wide campaign hats that mark the Boy Scout all over the world, they were enough of a spectacle to draw the attention of the busy citizens of Liege, who stopped to watch them admiringly. Their scoutmaster, Armand Van Verde, had been addressing them. And now in the fading light of the late afternoon, he dismissed them.

At once the troop broke up, first into patrols, then into small individual groups of two or three. The faces of the scouts were grave for it was serious news indeed that Van Verde had communicated to the troop at the meeting just ended. Paul Latour called sharply to his great friend, Arthur Waller.

"Come on, Arthur," he said. "We'd better be getting along home. There may be something for us to do."

"All right," agreed Arthur, cheerfully. He was a little younger than his chum, and was nearly always willing to agree to anything Paul proposed.

The two boys were not natives of Liege. However, they spent their summers with relatives who lived in the country a few miles beyond the limits of the famous old town, in the direction of the village of Esneux. They themselves came from Brussels, and, while not themselves related, were both cousins of the family which they were now visiting, that of M. de Frenard.

So now, striking out with a good, swinging pace, they made their way rapidly through the streets of the old town of Liege, narrow and crooked, once they were beyond the great square. They passed over the new Exposition Bridge and so to the new town of Liege, where the great steel works of Seraing were beginning to cast red reflections against the darkening sky.

"They have begun to work all night long," said Arthur.

"But we shall not go to war, Paul! Belgium is neutral. All the powers joined in declaring Belgium to be a neutral state. We have learned that in our history in school!"

"I know that, Arthur. But will the Germans respect our neutrality? If they don't, we shall have to defend ourselves against them. And the first attack will be here, at Liege."

"Then these forts that Uncle Henri showed us will really be useful? They are strong forts, Paul."

"I hope not. But just because there are forts there it is a sign that the government has feared an invasion, Arthur. I hope that if there is war we shall stay out of it. But Belgium has always been exposed to war when her great neighbors fought. Some of the greatest battles in the history of the world have been fought on our soil."

"I know! Waterloo was where Napoleon was beaten finally. We have seen that battlefield, Paul, you and I. Do you think there may be a battle there again? That would be exciting!"

"Waterloo was only one. Ramillies was fought in Belgium, too, and many other battles....