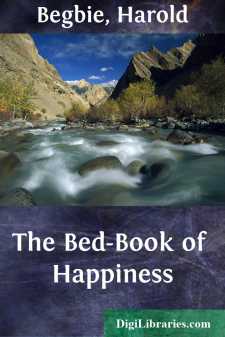 In his seventy-second year his face is a thanksgiving for his former life, and a love-letter to all mankind.

We have heard that he was a man universally loved, as well as honoured … a friendly, true, and high-minded man; copious in speech, which was full of grave, genuine humour; contented with simple people and simple pleasures; and himself of the simplest habits and wishes.

I deny myself my evening meal in my eagerness to work; but the interruptions by my children I cannot deny myself.

The Great Condé passing through the city of Sens, which belonged to Burgundy, and of which he was the governor, took great pleasure in disconcerting the different companies who came to compliment him. The Abbé Boileau, brother of the poet, was commissioned to make a speech to the Prince at the head of the chapter. Condé wishing to disconcert the orator, advanced his head and large nose towards the Abbé, as if with the intention of hearing him more distinctly, but in reality to make him blunder if possible. The Abbé, who perceived his design, pretended to be greatly embarrassed, and thus began his speech: "My lord, your highness ought not to be surprised to see me tremble, when I appear before you at the head of a company of ecclesiastics; were I at the head of an army of thirty thousand men, I should tremble much more." The Prince was so charmed with this sally that he embraced the orator without suffering him to proceed. He asked his name; and when he found that he was brother to M. Despreaux, he redoubled his attentions, and invited him to dinner.

The Prince on another occasion thought himself offended by the Abbé de Voisenon; Voisenon, hearing of this, went to Court to exculpate himself. As soon as the Prince saw him he turned away from him. "Thank God!" said Voisenon, "I have been misinformed, sir; your highness does not treat me as if I were an enemy." "How do you see that, M. Abbé?" said his highness coldly over his shoulder. "Because, sir," answered the Abbé, "your highness never turns your back upon an enemy." "My dear Abbé," exclaimed the Prince and Field-Marshal, turning round and taking him by the hand, "it is quite impossible for any man to be angry with you."

The ass, though the dullest of all unlaughing animals, is reported to have once accomplished a great feat in the way of exciting laughter. Marcus Crassus, the grandfather of the hero of that name, who fell in the Parthian War, was a person of such immovable gravity of countenance that, in the whole course of his life, he was never known to laugh but once, and hence was surnamed Agelastus. Not all that the wittiest men of his time could say, nor aught that comedy or farce could produce on the stage, was ever known to call up more than a smile on his iron-bound countenance. Happening one day, however, to stray into the fields, he espied an ass browsing on thistles; and in this there appears to have been something so eminently ridiculous in those days that the man who never laughed before could not help laughing at it outright....