The Annals of the Poor 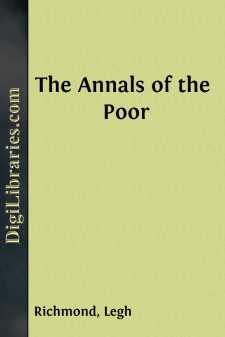 It is a delightful employment to discover and trace the operations of divine grace, as they are manifested in the dispositions and lives of God’s real children.  It is peculiarly gratifying to observe how frequently among the poorer classes of mankind the sunshine of mercy beams upon the heart, and bears witness to the image of Christ which the Spirit of God has impressed thereupon.  Among such, the sincerity and simplicity of the Christian character appear unencumbered by those obstacles to spirituality of mind and conversation which too often prove a great hindrance to those who live in the higher ranks.  Many are the difficulties which riches, worldly consequence, high connections, and the luxuriant refinements of polished society, throw in the way of religious profession.  Happy indeed it is (and some such happy instances I know) where grace has so strikingly supported its conflict with natural pride, self-importance, the allurements of luxury, ease, and worldly opinion, that the noble and mighty appear adorned with genuine poverty of spirit, self-denial, humble-mindedness, and deep spirituality of heart.

But, in general, if we want to see religion in its most simple and pure character, we must look for it among the poor of this world who are rich in faith.  How often is the poor man’s cottage the palace of God!  Many can truly declare that they have there learned the most valuable lessons of faith and hope, and there witnessed the most striking demonstrations of the wisdom, power, and goodness of God.

The character which the present narrative is designed to introduce to the notice of my readers is given from real life and circumstances.  I first became acquainted with her by receiving the following letter, which I transcribe from the original now before me:—

“I take the liberty to write to you.  Pray excuse me, for I have never spoken to you.  But I once heard you, when you preached at --- Church.  I believe you are a faithful preacher to warn sinners to flee from the wrath that will be revealed against all those that live in sin, and die impenitent.  Pray go on in the strength of the Lord.  And may he bless you, and crown your labour of love with success, and give you souls for your hire!

“The Lord has promised to be with those whom he calls and sends forth to preach his word, to the end of time; for without him we can do nothing.  I was much rejoiced to hear of those marks of love and affection to that poor soldier of the S. D. militia.  Surely the love of Christ sent you to that poor man.  May that love ever dwell richly in you by faith!  May it constrain you to seek the wandering souls of men with the fervent desire to spend and be spent for his glory!  May the unction of the Holy Spirit attend the word spoken by you with power, and convey deep conviction to the hearts of your hearers!  May many of them experience the divine change of being made new creatures in Christ!

“Sir, be fervent in prayer with God for the conversion of sinners.  His power is great, and who can withstand it?  He has promised to answer the prayer of faith, that is put up in his Son’s name.  ‘Ask what ye will, it shall be granted you.’  How this should strengthen our faith, when we are taught by the word and the Spirit how to pray!  Oh, that sweet inspiring hope! how it lifts up the fainting spirits, when we look over the precious promises of God!  What a mercy if we know Christ and the power of his resurrection in our own hearts!  Through faith in Christ we rejoice in hope, and look up in expectation of that time drawing near when all shall know and fear the Lord, and when a nation shall be born in a day.

“What a happy time when Christ’s kingdom shall come!  Then shall ‘his will be done on earth as it is in heaven.’  Men shall be daily fed with the manna of his love, and delight themselves with the Lord all the day long.  Then what a paradise below they will enjoy!  How it animates and enlivens my soul with vigour to pursue the ways of God, that I may even now bear some humble part in giving glory to God and the Lamb...!