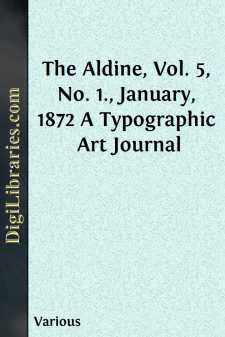 Toward the close of the last century there was born in New England one William Miller, whose life, until he was past fifty, was the life of the average American of his time. He drank, we suppose, his share of New England rum, when a young man; married a comely Yankee girl, and reared a family of chubby-cheeked children; went about his business, whatever it was, on week days, and when Sunday came, went to meeting with commendable regularity. He certainly read the Old Testament, especially the Book of Daniel, and of the New Testament at least the Book of Revelation. Like many a wiser man before him, he was troubled at what he read, filled as it was with mystical numbers and strange beasts, and he sought to understand it, and to apply it to the days in which he lived. He made the discovery that the world was to be destroyed in 1843, and went to and fro in the land preaching that comfortable doctrine. He had many followers—as many as fifty thousand, it is said, who thought they were prepared for the end of all things; some going so far as to lay in a large stock of ascension robes. Though no writer himself, he was the cause of a great deal of writing on the part of others, who flooded the land with a special and curious literature—the literature of Millerism. It is not of that, however, that we would speak now.

But before this Miller arose—we proceed to say, if only to show that we are familiar with other members of the family—there was another, and very different Miller, who was born in old England, about one hundred years earlier than our sadly, or gladly, mistaken Second Adventist. His Christian name was Joseph, and he was an actor of repute, celebrated for his excellence in some of the comedies of Congreve. The characters which he played may have been comic ones, but he was a serious man. Indeed, his gravity was so well known in his lifetime that it was reckoned the height of wit, when he was dead, to father off upon him a Jest Book! This joke, bad as it was, was better than any joke in the book. It made him famous, so famous that for the next hundred years every little bon mot was laid at his door, metaphorically speaking, the puniest youngest brat of them being christened "Old Joe."

After Joseph Miller had become what Mercutio calls "a grave man," his descendants went into literature largely, as any one may see by turning to Allibone's very voluminous dictionary, where upwards of seventy of the name are immortalized, the most noted of whom are Thomas Miller, basket-maker and poet, and Hugh Miller, the learned stone-mason of Cromarty, whose many works, we confess with much humility, we have not read. To the sixty-eight Millers in Allibone (if that be the exact number), must now be added another—Mr. Joaquin Miller, who published, two or three months since, a collection of poems entitled "Songs of the Sierras." From which one of the Millers mentioned above his ancestry is derived, we are not informed; but, it would seem, from the one first-named....