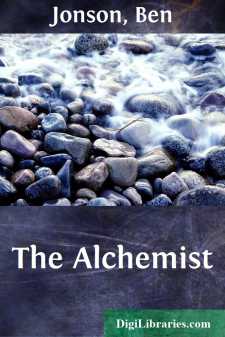 Add to My Favorites
Published: 9 years ago
Downloads: 310
Rating: (0 Votes)

The greatest of English dramatists except Shakespeare, the first literary dictator and poet-laureate, a writer of verse, prose, satire, and criticism who most potently of all the men of his time affected the subsequent course of English letters: such was Ben Jonson, and as such his strong personality assumes an interest to us almost unparalleled, at least in his age.

Ben Jonson came of the stock that was centuries after to give to the world Thomas Carlyle; for Jonson's grandfather was of Annandale, over the Solway, whence he migrated to England. Jonson's father lost his estate under Queen Mary, "having been cast into prison and forfeited." He entered the church, but died a month before his illustrious son was born, leaving his widow and child in poverty. Jonson's birthplace was Westminster, and the time of his birth early in 1573. He was thus nearly ten years Shakespeare's junior, and less well off, if a trifle better born. But Jonson did not profit even by this slight advantage. His mother married beneath her, a wright or bricklayer, and Jonson was for a time apprenticed to the trade. As a youth he attracted the attention of the famous antiquary, William Camden, then usher at Westminster School, and there the poet laid the solid foundations of his classical learning. Jonson always held Camden in veneration, acknowledging that to him he owed,

and dedicating his first dramatic success, "Every Man in His Humour," to him. It is doubtful whether Jonson ever went to either university, though Fuller says that he was "statutably admitted into St. John's College, Cambridge." He tells us that he took no degree, but was later "Master of Arts in both the universities, by their favour, not his study." When a mere youth Jonson enlisted as a soldier, trailing his pike in Flanders in the protracted wars of William the Silent against the Spanish. Jonson was a large and raw-boned lad; he became by his own account in time exceedingly bulky. In chat with his friend William Drummond of Hawthornden, Jonson told how "in his service in the Low Countries he had, in the face of both the camps, killed an enemy, and taken opima spolia from him;" and how "since his coming to England, being appealed to the fields, he had killed his adversary which had hurt him in the arm and whose sword was ten inches longer than his." Jonson's reach may have made up for the lack of his sword; certainly his prowess lost nothing in the telling. Obviously Jonson was brave, combative, and not averse to talking of himself and his doings.

In 1592, Jonson returned from abroad penniless. Soon after he married, almost as early and quite as imprudently as Shakespeare. He told Drummond curtly that "his wife was a shrew, yet honest"; for some years he lived apart from her in the household of Lord Albany. Yet two touching epitaphs among Jonson's "Epigrams," "On my first daughter," and "On my first son," attest the warmth of the poet's family affections. The daughter died in infancy, the son of the plague; another son grew up to manhood little credit to his father whom he survived....