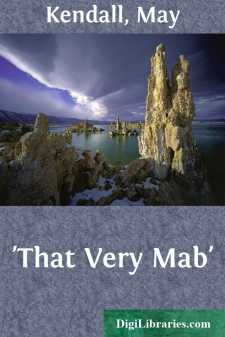 CHAPTER I. — UNDER TWO FLAGS. 'You send out teachers of religion to undermine and ruin thepeople.'—Black Flag Proclamation to the French, 1883.

The moonlight, in wave on wave of silver, flooded all the Sacred Island. Far away and faint ran the line of the crests of Samoa, like the hills of heaven in the old ballad, or a scene in the Italian opera. Then came a voice from the Calling Place, and the smooth sea thrilled, and all the fishes leaped, and the Sacred Isle itself was moved, and shuddered to its inmost heart. Again and again came the voice, and now it rose and fell in the cadences of a magical song (or Karakia, if we must have local colour), and the words were not of this world. Then, behold, the smooth seas began to break and plash round the foremost cape of the Holy Island, and to close again behind, like water before the keel and behind the stern of a running ship, so they plashed, and broke, and fell. Next the surface was stirred far off with the gambolling and sporting of innumerable fishes; the dolphin was tumbling in the van; the flying fish hovered and shone and sank; and clearer, always, and yet more clear came the words of the song from Samoa. Clearer and louder, moment by moment, rose the voice of Queen Mab, where she stood on the Calling Place of the Gods, and chanted to the Islands, and to the sea, and the dwellers in the sea. It was not that she left her stand, nor came nearer, but the Sacred Island itself was steering straight, like a magical barque, drawn by the wonderful song, to the mystic shore of Samoa. Now Queen Mab, where she stood among her court, with the strange brown fairies of the Southern Ocean, could behold the Sacred Island, with all its fairy crew. Beautiful things they seemed, as the sailing isle drew nearer, beautiful and naked, and brave with purple pan-danus flowers, and with red and yellow necklets of the scented seed of the pandanus. At last Queen Mab, the fairy in the fluttering wings of green, clapped her hands, and, with a little soft shock, the Sacred Island ran in and struck on the haunted beach of Samoa. What was Queen Mab doing here, so far away from England? England she had left long ago; when the Puritans arose the Fairies vanished. When 'Tom came home from labour and Cis from milking rose,' there was now no more sound of tabor, nor 'merrily went their toes.' Tom went to the Public House or the Preaching House, and Cis—Cis waited till Tom should come home and kick her into a jelly (his toes going merrily enough at that work), or tell her she was, spiritually, in a parlous case. So the Fairy Queen and all her court had long since fled from England, and long ago made a home in the undiscovered isles of the South. Now they all met and mingled in the throng of the Polynesian fairy folk, and, rushing down into the waters, they revelled all night on the silvery sand, in the windless dancing places of the deep. Tanê and Tawhiti came, the Gods of the tides and the shores, and all the fairies sang to them: