Ted and the Telephone 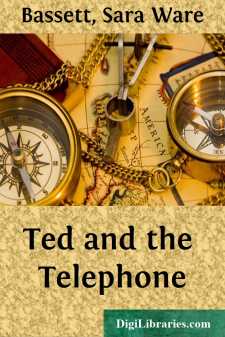 Ted Turner lived at Freeman's Falls, a sleepy little town on the bank of a small New Hampshire river. There were cotton mills in the town; in fact, had there not been probably no town would have existed. The mills had not been attracted to the town; the town had arisen because of the mills. The river was responsible for the whole thing, for its swift current and foaming cascades had brought the mills, and the mills in turn had brought the village.

Ted's father was a shipping clerk in one of the factories and his two older sisters were employed there also. Some day Ted himself expected to enter the great brick buildings, as the boys of the town usually did, and work his way up. Perhaps in time he might become a superintendent or even one of the firm. Who could tell? Such miracles did happen. Not that Ted Turner preferred a life in the cotton mills to any other career. Not at all. Deep down in his soul he detested the humming, panting, noisy place with its clatter of wheels, its monotonous piecework, and its limited horizon. But what choice had he? The mills were there and the only alternative before him. It was the mills or nothing for people seldom came to live at Freeman's Falls if they did not intend to enter the factories of Fernald and Company. It was Fernald and Company that had led his father to sell the tumble-down farm in Vermont and move with his family to New Hampshire.

"There is no money in farming," announced he, after the death of Ted's mother. "Suppose we pull up stakes and go to some mill town where we can all find work."

And therefore, without consideration for personal preferences, they had looked up mill towns and eventually settled on Freeman's Falls, not because they particularly liked its location but because labor was needed there. A very sad decision it was for Ted who had passionately loved the old farm on which he had been born, the half-blind gray horse, the few hens, and the lean Jersey cattle that his father asserted ate more than they were worth. To be cooped up in a manufacturing center after having had acres of open country to roam over was not an altogether joyous prospect. Would there be any chestnut, walnut, or apple trees at Freeman's Falls, he wondered.

Alas, the question was soon answered. Within the village there were almost no trees at all except a few sickly elms and maples whose foliage was pale for want of sunshine and grimy with smoke. In fact, there was not much of anything in the town save the long dingy factories that bordered the river; the group of cheap and gaudy shops on the main street; and rows upon rows of wooden houses, all identical in design, walling in the highway. It was not a spot where green things flourished. There was not room for anything to grow and if there had been the soot from the towering chimneys would soon have settled upon any venturesome leaf or flower and quickly shrivelled it beneath a cloak of cinders. Even the river was coated with a scum of oil and refuse that poured from the waste pipes of the factories into the stream and washed up along the shores which might otherwise have been fair and verdant....