Take Me for a Ride: coming of age in a destructive cult 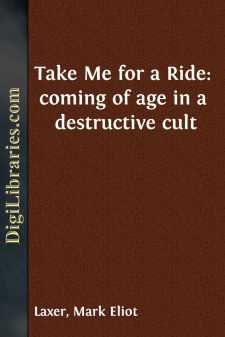 After I left Rama's inner circle in 1985, I occasionally bicycled to Walden Pond, where I read about Thoreau's experiment with self-reliance. My seven years in the cult of Rama—Dr. Frederick Lenz, who was known early on as Atmananda—had deeply shaken my confidence. Atmananda often assured me that I was possessed by Negative Forces, that I was barely able to function in the real world, and that I was fortunate he did not drop me off at a mental institution. I met him in 1978, when I was seventeen.

Thoreau helped me recall a time, before Atmananda, when I was strong and self-reliant. I had been an avid cyclist. Pedaling thousands of miles each year helped strengthen both my legs and self-esteem. Throughout my teenage years bicycling and self-confidence were inextricably linked, and I grew to believe I could ride anywhere, under any conditions. I tried to approach life with a similar gusto, which may explain why, in 1979, Atmananda invited me to move with him to southern California to start a spiritual centre. From 1979 to 1981, I lived with him by the cliffs of La Jolla where I witnessed his rise to power. Today, in 1993, he controls the minds of several hundred computer consultants, businessmen, doctors, and lawyers. Each year he extracts from them roughly ten million dollars.

As I gazed at Walden Pond in search of calm, the wind spawned new waves, and the surface swelled with complexity. I recalled what Atmananda had said after I returned from a five-day bike trip in California. He announced in front of other disciples that my aura was dark. He also said that I had been attacked by nocturnal, mountain-dwelling Entities which "cause neurosis and psychosis, obliterate lifetimes of spiritual evolution, and can possess your soul."

Atmananda's Entity-prevention program included studying with a fully enlightened teacher, meditating regularly, and avoiding solitary excursions into nature. Yet in the spring of 1986, nearly one year after I left him, I reminded myself that I would rather be possessed in my world than potentially perfect in his. I planned to pedal across America not with an exorcist, but with a puppy.

On May 31, 1986, as warm, moist air pushed pockets of fog over Walden Pond, I lifted the four-month-old Siberian husky, Nunatak, into the doggie-carrier. The carrier rested on top of the bicycle trailer, attached to the frame of my 12-speed. Strong headwinds soon strained my muscles, shook the lush canopy of foliage, and pelted me with large drops of rain. As I began the journey west, the front tire raced through puddles while my mind raced through painful memories and questions. How had my years with Atmananda affected me? Why was it so difficult to leave him? What was it about my past that led me to him?

"Lights," said my father and for a moment, except for the phosphorescent hands of the clock on the wall, the room went black. With a flip of a switch, he suddenly reappeared: a tall, thin man with thick glasses, standing beside the glowing enlarger....