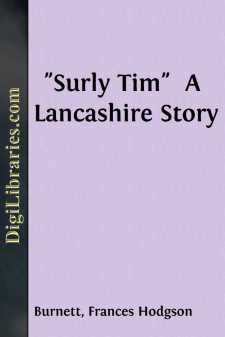 "Sorry to hear my fellow-workmen speak so disparagin' o' me? Well, Mester, that's as it may be yo' know. Happen my fellow-workmen ha' made a bit o' a mistake—happen what seems loike crustiness to them beant so much crustiness as summat else—happen I mought do my bit o' complainin' too. Yo' munnot trust aw yo' hear, Mester; that's aw I can say."

I looked at the man's bent face quite curiously, and, judging from its rather heavy but still not unprepossessing outline, I could not really call it a bad face, or even a sulky one. And yet both managers and hands had given me a bad account of Tim Hibblethwaite. "Surly Tim," they called him, and each had something to say about his sullen disposition to silence, and his short answers. Not that he was accused of anything like misdemeanor, but he was "glum loike," the factory people said, and "a surly fellow well deserving his name," as the master of his room had told me.

I had come to Lancashire to take the control of my father's spinning-factory a short time before, being anxious to do my best toward the hands, and, I often talked to one and another in a friendly way, so that I could the better understand their grievances and remedy them with justice to all parties concerned. So in conversing with men, women, and children, I gradually found out that Tim Hibblethwaite was in bad odor, and that he held himself doggedly aloof from all; and this was how, in the course of time, I came to speak to him about the matter, and the opening words of my story are the words of his answer. But they did not satisfy me by any means. I wanted to do the man justice myself, and see that justice was done to him by others; and then again when, after my curious look at him, he lifted his head from his work and drew the back of his hand across his warm face, I noticed that he gave his eyes a brush, and, glancing at him once more, I recognized the presence of a moisture in them.

In my anxiety to conceal that I had noticed anything unusual, I am afraid I spoke to him quite hurriedly. I was a young man then, and by no means as self-possessed as I ought to have been.

"I hope you won't misunderstand me, Hibblethwaite,"

I said; "I don't mean to complain—indeed, I have nothing to complain of, for Foxley tells me you are the steadiest and most orderly hand he has under him; but the fact is, I should like to make friends with you all, and see that no one is treated badly. And somehow or other I found out that you were not disposed to feel friendly towards the rest, and I was sorry for it. But I suppose you have some reason of your own."

The man bent down over his work again, silent for a minute, to my discomfiture, but at last he spoke, almost huskily.

"Thank yo', Mester," he said; "yo're a koindly chap or yo' wouldn't ha' noticed. An' yo're not fur wrong either. I ha' reasons o' my own, tho' I'm loike to keep 'em to mysen most o' toimes. Th' fellows as throws their slurs on me would na understond 'em if I were loike to gab, which I never were. But happen th' toime 'll come when Surly Tim 'll tell his own tale, though I often think its loike it wunnot come till th' Day o' Judgment."

"I hope it will come before then," I said, cheerfully. "I hope the time is not far away when we shall all understand you, Hibblethwaite. I think it has been misunderstanding so far which has separated you from the rest, and it cannot last always, you know."

But he shook his head—not after a surly fashion, but, as I thought, a trifle sadly or heavily—so I did not ask any more questions, or try to force the subject upon him....