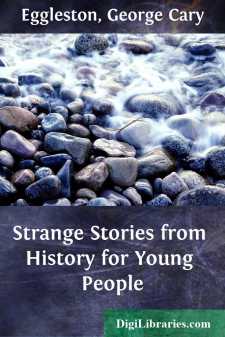 During the war of 1812-14, between Great Britain and the United States, the weak Spanish Governor of Florida—for Florida was then Spanish territory—permitted the British to make Pensacola their base of operations against us. This was a gross outrage, as we were at peace with Spain at the time, and General Jackson, acting on his own responsibility, invaded Florida in retaliation.

Among the British at that time was an eccentric Irish officer, Colonel Edward Nichols, who enlisted and tried to make soldiers of a large number of the Seminole Indians. In 1815, after the war was over, Colonel Nichols again visited the Seminoles, who were disposed to be hostile to the United States, as Colonel Nichols himself was, and made an astonishing treaty with them, in which an alliance, offensive and defensive, between Great Britain and the Seminoles, was agreed upon. We had made peace with Great Britain a few months before, and yet this ridiculous Irish colonel signed a treaty binding Great Britain to fight us whenever the Seminoles in the Spanish territory of Florida should see fit to make a war! If this extraordinary performance had been all, it would not have mattered so much, for the British government refused to ratify the treaty; but it was not all. Colonel Nichols, as if determined to give us as much trouble as he could, built a strong fortress on the Appalachicola River, and gave it to his friends the Seminoles, naming it "The British Post on the Appalachicola," where the British had not the least right to have any post whatever. Situated on a high bluff, with flanks securely guarded by the river on one side and a swamp on the other, this fort, properly defended, was capable of resisting the assaults of almost any force that could approach it; and Colonel Nichols was determined that it should be properly defended, and should be a constant menace and source of danger to the United States. He armed it with one 32-pounder cannon, three 24-pounders, and eight other guns. In the matter of small-arms he was even more liberal. He supplied the fort with 2500 muskets, 500 carbines, 400 pistols, and 500 swords. In the magazines he stored 300 quarter casks of rifle powder and 763 barrels of ordinary gunpowder.

When Colonel Nichols went away, his Seminoles soon wandered off, leaving the fort without a garrison. This gave an opportunity to a negro bandit and desperado named Garçon to seize the place, which he did, gathering about him a large band of runaway negroes, Choctaw Indians, and other lawless persons, whom he organized into a strong company of robbers. Garçon made the fort his stronghold, and began to plunder the country round about as thoroughly as any robber baron or Italian bandit ever did, sometimes venturing across the border into the United States.

All this was so annoying and so threatening to our frontier settlements in Georgia, that General Jackson demanded of the Spanish authorities that they should reduce the place; and they would have been glad enough to do so, probably, if it had been possible, because the banditti plundered Spanish as well as other settlements. But the Spanish governor had no force at command, and could do nothing, and so the fort remained, a standing menace to the American borders.

Matters were in this position in the spring of 1816, when General Gaines was sent to fortify our frontier at the point where the Chattahoochee and Flint rivers unite to form the Appalachicola....