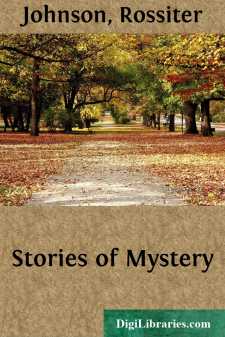 t the West End of Boston is a quarter of some fifty streets, more or less, commonly known as Beacon Hill.

It is a rich and respectable quarter, sacred to the abodes of Our First Citizens. The very houses have become sentient of its prevailing character of riches and respectability; and, when the twilight deepens on the place, or at high noon, if your vision is gifted, you may see them as long rows of Our First Giants, with very corpulent or very broad fronts, with solid-set feet of sidewalk ending in square-toed curbstone, with an air about them as if they had thrust their hard hands into their wealthy pockets forever, with a character of arctic reserve, and portly dignity, and a well-dressed, full-fed, self-satisfied, opulent, stony, repellent aspect to each, which says plainly, "I belong to a rich family, of the very highest respectability."

History, having much to say of Beacon Hill generally, has, on the present occasion, something to say particularly of a certain street which bends over the eminence, sloping steeply down to its base. It is an old street,—quaint, quiet, and somewhat picturesque. It was young once, though,—having been born before the Revolution, and was then given to the city by its father, Mr. Middlecott, who died without heirs, and did this much for posterity. Posterity has not been grateful to Mr. Middlecott. The street bore his name till he was dust, and then got the more aristocratic epithet of Bowdoin. Posterity has paid him by effacing what would have been his noblest epitaph. We may expect, after this, to see Faneuil Hall robbed of its name, and called Smith Hall! Republics are proverbially ungrateful. What safer claim to public remembrance has the old Huguenot, Peter Faneuil, than the old Englishman, Mr. Middlecott? Ghosts, it is said, have risen from the grave to reveal wrongs done them by the living; but it needs no ghost from the grave to prove the proverb about republics.

Bowdoin Street only differs from its kindred, in a certain shady, grave, old-fogy, fossil aspect, just touched with a pensive solemnity, as if it thought to itself, "I'm getting old, but I'm highly respectable; that's a comfort." It has, moreover, a dejected, injured air, as if it brooded solemnly on the wrong done to it by taking away its original name and calling it Bowdoin; but as if, being a very conservative street, it was resolved to keep a cautious silence on the subject, lest the Union should go to pieces. Sometimes it wears a profound and mysterious look, as if it could tell something if it had a mind to, but thought it best not. Something of the ghost of its father—it was the only child he ever had!—walking there all the night, pausing at the corners to look up at the signs, which bear a strange name, and wringing his ghostly hands in lamentation at the wrong done his memory! Rumor told it in a whisper, many years ago. Perhaps it was believed by a few of the oldest inhabitants of the city; but the highly respectable quarter never heard of it, and, if it had, would not have been bribed to believe it, by any sum....