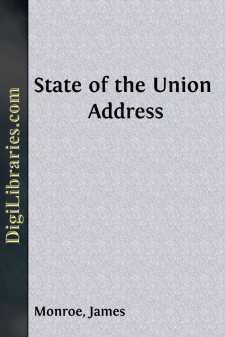 At no period of our political existence had we so much cause to felicitate ourselves at the prosperous and happy condition of our country. The abundant fruits of the earth have filled it with plenty. An extensive and profitable commerce has greatly augmented our revenue. The public credit has attained an extraordinary elevation. Our preparations for defense in case of future wars, from which, by the experience of all nations, we ought not to expect to be exempted, are advancing under a well-digested system with all the dispatch which so important a work will admit. Our free Government, founded on the interest and affections of the people, has gained and is daily gaining strength. Local jealousies are rapidly yielding to more generous, enlarged, and enlightened views of national policy. For advantages so numerous and highly important it is our duty to unite in grateful acknowledgements to that Omnipotent Being from whom they are derived, and in unceasing prayer that He will endow us with virtue and strength to maintain and hand them down in their utmost purity to our latest posterity.

I have the satisfaction to inform you that an arrangement which had been commenced by my predecessor with the British Government for the reduction of the naval force by Great Britain and the United States on the Lakes has been concluded, by which it is provided that neither party shall keep in service on Lake Champlain more than one vessel, on Lake Ontario more than one, and on Lake Erie and the upper lakes more than two, to be armed each with one cannon only, and that all the other armed vessels of both parties, of which an exact list is interchanged, shall be dismantled. It is also agreed that the force retained shall be restricted in its duty to the internal purposes of each party, and that the arrangement shall remain in force until six months shall have expired after notice given by one of the parties to the other of its desire that it should terminate. By this arrangement useless expense on both sides and, what is of still greater importance, the danger of collision between armed vessels in those inland waters, which was great, is prevented.

I have the satisfaction also to state that the commissioners under the fourth article of the treaty of Ghent, to whom it was referred to decide to which party the several islands in the bay of Passamaquoddy belonged under the treaty of 1783, have agreed in a report, by which all the islands in the possession of each party before the late war have been decreed to it. The commissioners acting under the other articles of the treaty of Ghent for the settlement of boundaries have also been engaged in the discharge of their respective duties, but have not yet completed them.

The difference which arose between the two Governments under that treaty respecting the right of the US to take and cure fish on the coast of the British provinces north of our limits, which had been secured by the treaty of 1783, is still in negotiation. The proposition made by this Government to extend to the colonies of Great Britain the principle of the convention of London, by which the commerce between the ports of the United States and British ports in Europe had been placed on a footing of equality, has been declined by the British Government....