Stamp Collecting as a Pastime 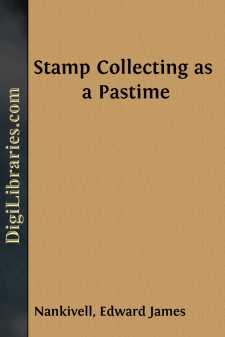 ccording to the authorities, the central idea of a pastime is "that it is so positively agreeable that it lets time slip by unnoticed; as, to turn work into pastime." And recreation is described as "that sort of play or agreeable occupation which refreshes the tired person, making him as good as new."

Stamp collectors may fairly claim that their hobby serves the double purpose of a pastime and a recreation. As a pastime, it certainly makes time pass most agreeably; for the true student of the postal issues of the world, it turns work into a pastime. As a recreation, it is of such an engrossing character that it may be relied upon to afford the pleasant diversion from business worries that so many tired mental workers need nowadays.

For nearly half a century it has maintained unbroken its hold as one of the most popular of all forms of relaxation, and its popularity extends to all classes and to all countries.

But this very devotion of stamp collectors to their hobby has puzzled and excited the uninitiated. The ordinary individual, especially the man who has no soul for a hobby of any kind, regards it as a passing fancy, a harmless craze, a fashion that must have its day and disappear, sooner or later. But the passing fancy has endured for nearly half a century, the harmless craze still serves its useful purpose, and the fashion has acquired such a permanence as to convince most people that it has come to stay.

Of all pastimes, and of all the forms of recreation, not one can claim more lifelong devotees than this same stamp collecting. And where is another pastime with such international ramifications? In every civilised country, in every city, and in every town of any importance, the wide world over, thoughtful men and women are to be found formed into sociable groups, or societies, quietly and pleasantly enjoying themselves in the harmless and enduring pursuit of stamp collecting.

There must be some reason for this popularity, this devotion of all classes to a pursuit, this unbroken record of progress. It cannot be satisfactorily accounted for as a passing fancy or fashion. It has too long stood the test of years to be so easily explained away. Fancies and fashions come and go, but stamp collecting flourishes from decade to decade. Princes and peers, merchants and members of Parliament, solicitors and barristers, schoolboys and octogenarians, all follow this postal Pied Piper of Hamelin,

all bent upon the pursuit of this pleasure-yielding hobby.

Why is it? Whence comes the fascination?

To the unprejudiced inquirer the reply is simple. To the leisured man it affords a stimulating occupation, with a spice of competition; to the busy professional man it yields the delight of a recreative change; to the studious, an inexhaustible scope for profitable research; to the old, the sociability of a pursuit popular with old and young alike; to the young, a hobby prolific of novelty, and one, moreover, that harmonises with school studies in historical and geographical directions; to the money maker, an opening for occasional speculation; and to all, a satisfying combination of a safe investment and a pleasure-yielding study.

Old postage stamps—bits of paper, as they are contemptuously called by some people—may have no intrinsic value, but they are, nevertheless, rich in memories of history and of art; they link the past with the present; they mark the march of empires and the federation of states, the rise and fall of dynasties, and the peaceful extension of postal communication between the peoples of the world; and, some day in the distant future, they may celebrate even yet more important victories of peace.

II. The Charm of Stamp Collecting.