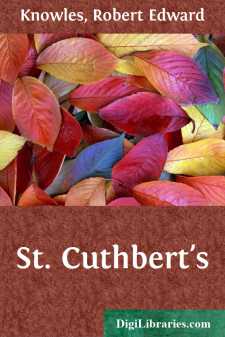 The TURN of The TIDE

"If you don't get the call you needn't come back here," said my wife to me as I stood upon the door-sill, bag in hand, and my hard-bought ticket in my pocket.

"Well, dear one, I would be sure of it if they could only see the perquisite that goes along with me."

"You must be more serious, Tom, if you expect great calls; but come inside a minute till I say good-bye. When you brought me first to Canada we had half a dozen good-byes to every one farewell. Good-bye again, and if they don't call you they will deserve what they lose."

Thus spoke my wife, and thus was I despatched on the mission that was big with moment.

It was a wondrous hour that brought to us the invitation which I was now proceeding to accept. Not that we were unhappy because our salary was small; we had not lived by bread alone, and our souls were well content. But my wife had delirious visions, which she affirmed were sane and reasonable, of her husband's coming yet into his own, and indulged every now and then in savage and delicious little declarations of the great misfit, which misfit was in my being the minister of a little church which afforded a little salary and provoked a little fame.

Her other days had been spent in luxury and amid the refinement and the pleasures which money only can provide. And when, our wedding day drawing near apace, I sent her my budget letter, bitterly revealing impecunious facts at which I had before but darkly hinted, and warning her of all the sacrifice which lay beyond, she replied with vehement repudiation of any fears, and in that hour made me rich.

"Cheese and kisses," wrote she, "are considered good fare in my South land for all who have other resources in their hearts." And I mentally averred that half of that would be enough for me.

And so we went ahead—oh, progressive step! And we were never poor again.

But there came a more heroic hour. It was hard, so hard to do, but the pressure rendered concealment quite impossible, for the note I had endorsed was handed in for suit. So I told her one twilight hour that our already limited income must be shared with an unromantic creditor. There was a little tightening of the lips, then of the arms, then of those mutual heart cords entangled in their eternal root.

We were boarding then, three rooms in a family hotel, and when I returned next day at evening I found everything—books, furniture, piano—all moved to a room upon the topmost story. I was directed thither by the smiling landlord, more enlightened than I, and I entered with furtive misgivings in my soul and with visions of that spacious Southern home before my rueful eyes.

But she was there, radiant and triumphant, still flushed with exercise of hand and heart, viewing proudly her proof of a new axiom that two or more bodies may occupy the same space at the selfsame time.

"I am so glad you didn't come before," she said. "I wanted to be all settled before you saw it. This is just as good as we had before, and only half the price. Isn't it cozy?...