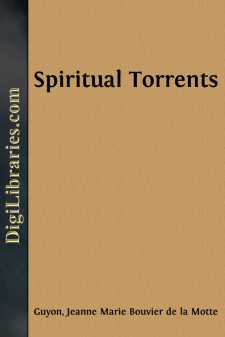 CHAPTER I. SOULS UNDER DIVINE INFLUENCE ARE IMPELLED TO SEEK AFTER GOD, BUT IN DIFFERENT WAYS—REDUCED TO THREE, AND EXPLAINED BY A SIMILITUDE.

As soon as a soul is brought under divine influence, and its return to God is true and sincere, after the first cleansing which confession and contrition have effected, God imparts to it a certain instinct to return to Him in a most complete manner, and to become united to Him. The soul feels then that it was not created for the amusements and trifles of the world, but that it has a centre and an end, to which it must be its aim to return, [p 92] and out of which it can never find true repose. This instinct is very deeply implanted in the soul, more or less in different cases, according to the designs of God; but all have a loving impatience to purify themselves, and to adopt the necessary ways and means of returning to their source and origin, like rivers, which, after leaving their source, flow on continuously, in order to precipitate themselves into the sea. You will observe that some rivers move gravely and slowly, and others with greater velocity; but there are rivers and torrents which rush with frightful impetuosity, and which nothing can arrest. All the burdens which might be laid upon them, and the obstructions which might be placed to impede their course, would only serve to redouble their violence. It is thus with souls. Some go on quietly towards perfection, and never reach the sea, or only very late, contented to lose themselves in some stronger and more rapid river, which carries them with itself into the sea. Others, which form the second class, flow on more vigorously and promptly than the first. They even carry with them a number of rivulets; but they are slow [p 93] and idle in comparison with the last class, which rush onward with so much impetuosity, that they are utterly useless: they are not available for navigation, nor can any merchandise be trusted upon them, except at certain parts and at certain times. These are bold and mad rivers, which dash against the rocks, which terrify by their noise, and which stop at nothing. The second class are more agreeable and more useful; their gravity is pleasing, they are all laden with merchandise, and we sail upon them without fear or peril.

Let us look, with divine aid, at these three classes of persons, under the three figures that I have proposed; and we will commence with the first, in order to conclude happily with the last.

[p 94]CHAPTER II. OF THE FIRST WAY, WHICH IS ACTIVE, AND OF MEDITATION—WHAT IT IS—ITS WEAKNESSES, HABITS, OCCUPATIONS, ADVANTAGES, ETC.—GENERAL OPINION—WANT OF OBSERVATION THE CAUSE OF MOST OF THE DISPUTES AND DIFFICULTIES WHICH HAVE ARISEN UPON THE PASSIVE WAY, AND THE ABSURD OBJECTIONS WHICH HAVE BEEN MADE TO IT—SOULS FOR MEDITATION—THEY SHOULD BE LED TO IT THROUGH THE AFFECTIONS—OPINION CONCERNING THEIR BARRENNESS AND POWERLESSNESS—SPIRITUAL BOOKS AND AUTHORS ON THE INNER LIFE, IN CONTRAST TO OTHERS—CAPACITY AND INCAPACITY OF SOULS—THE SIMPLE ARE BETTER THAN THE GREAT REASONERS....
Show more
Show less