Spiritual Life and the Word of God 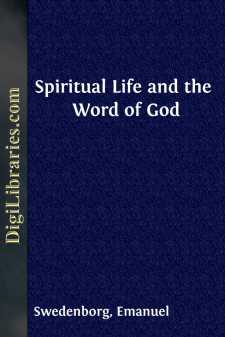 I. How Spiritual Life is Acquired

For there are two opposite spheres that surround man, one from hell, the other from heaven; from hell a sphere of evil and falsity therefrom, from heaven a sphere of good and of truth therefrom; and these spheres do [not immediately] affect the body, but they affect the minds of men, for they are spiritual spheres, and thus are affections that belong to the love. In the midst of these man is set; therefore so far as he approaches the one, so far he withdraws from the other. This is why so far as a man shuns evils and hates them, so far he wills and loves goods and the truths therefrom; for no one can at the same time serve two masters, for he will hate the one and will love the other. (Matt. vi. 24).