Some Three Hundred Years Ago 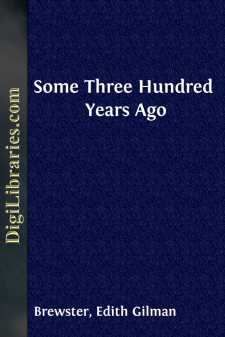 Long before New Hampshire found its name, the deep river at its southeast was known as the Piscataqua by the Indians who could stem its strong currents, even in bark canoes.

Perhaps it was because of the fresh spring close to its salty shores, some three miles from the sea, that the red men made their encampment on the spot that was later equally attractive to men of white skins.

Nonowit, like his people, was glad to see the snows melt away during that spring of 1603. The bare branches of the oak and maple showed tufts of browns, reds, and greens. The fish stirred in the streams, and by the time that Nonowit's forest home had its roof of thick green foliage the Indians themselves were astir. For far up the river at the falls fish could be found in plenty, and that was a welcome change from the game of the winter food.

The men of the tribe were the first to start afoot for the fishing spot, while the squaws broke camp, gathered their belongings, and herded the children.

Nonowit suddenly recalled some sturdy reeds growing by the salt marsh which he thought would make fine arrow shafts. It had occurred to the boy that he might stand by the falls and shoot his fish as they bounded over. That is why he was not on the spot when the children were started on the march, and the last camp fire had been covered.

Even though he was an Indian boy, his heart thumped with fear, when at the end of the day he returned from his hunt on the marsh to a deserted camp. No answer came to his long shrill call. The sun was setting, and it was of no use to follow the trail that night, even though he had known just where his people were to go.

He munched some scraps that had been left behind and sought the shelter of a hollow oak which had been the playhouse of the Indian girls and boys. An old owl hooted and flew from a hole above, but Nonowit had no fear of him, though he was glad the hole by which he had crawled into the oak was far above the ground. This was some protection from the wolves, which he could even then hear howling in the distance.

All night there was a beating rain, which washed away the last trace of the carefully hidden trail of the Indian travelers. When Nonowit crawled out into the sunshine the following morning, he could learn nothing of their direction. To get a wider view, he wandered through the thick forest to the river's edge, but there discovered no signs of his people. "There are so many children in the camp I might not be missed," he thought and dropped upon a rock in one little heap of loneliness.

Suddenly he sat very straight, for there beyond the Narrows he saw a monstrous thing. Could it be a huge bird with white wings spread? Over the water it seemed to be coming nearer. Instinctively he slid into a crevice between the rocks, yet without moving his gaze. Through the Narrows, under full sail, came the first ship. Nonowit seemed to become a part of the brown earth as he wriggled back into the undergrowth, never moving his wide-open eyes from this strange sight.

Then came the rattle of chains and the voices of men. A boat was lowered, and Nonowit, safe under the cover of the low branches, saw it headed for his shore. Men with white skin and hair growing on their faces landed on the very rock on which he had been sitting. Their clothes were unlike any he had ever seen before, and their speech could not be understood. Cautiously he backed into the forest until he gained the branches of the oak in which he had slept. Yet that was unsafe, for the white men looked up into every tree, breaking the branches and tasting the sap.

In his fright, Nonowit wriggled for safety through the very hole from which the owl had flown the night before. There from the dark hollows he watched the white men as they studied each tree. They came at last to the old oak and shook its branches. When one man even climbed far enough to look deep into the trunk, Nonowit crouched to the very ground, holding his breath. The shadows protected him and the men passed on. "Worse than wolves," thought the boy as he ventured again to his peep-hole. The white men lingered about for an hour or more, until the imprisoned little Indian felt that he might never see his people again. He would starve rather than face such creatures.

At last, there came the sound of oars on the water. Creeping from the tree, Nonowit pushed aside the low branches to see the boatful of strangers depart....