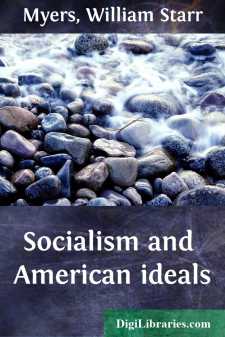 It was about a decade ago that Professor E.R.A. Seligman of Columbia University published his valuable work on the "Economic Interpretation of History," which gave a great impetus to the study, by historians, of the economic influences upon political and social development. Professor Seligman showed conclusively that one of the most potent forces in the growth of civilization has been man's reaction upon his material environment. Since that time the pendulum has swung so far in this direction that many students of history and economics would seem to think that all of life can be summed up in terms of materialism, that environment after all is the only important element in the advance of society, and that mankind is a rather negligible quantity. This is just as great a mistake as the former practice of ignoring economic influence, and even so great an authority as Professor Seligman would seem to tend in that direction.

On the other hand, Mr. George Louis Beer rightly claims that "the chief adherents of economic determinism are economists and Socialists, to whom the past is, for the most part, merely a mine for illustrative material. The latter, strangely enough, while explaining all past development by a theory that conceives man to be a mere self-regarding automaton, yet demand a reorganization of society that postulates a far less selfish average man than history has as yet evolved."

Most thoughtful people of to-day know that the political and economic elements were just as strong as the religious one in the Protestant Reformation in Germany, but that fact by no means would lessen the value of the gains for intellectual and religious freedom that were won by Martin Luther. Again, bad economic conditions had as much, or more, to do with the outbreak of the French Revolution as did political and philosophical unrest. Also taxation, trade and currency squabbles had more to do with causing an American Revolution than did the idealistic principles later enunciated in the Declaration of Independence. And there was a broad economic basis for the differences in crops, transportation and the organization of labor which expressed themselves in a sectionalism which finally assumed the political aspect that caused the Civil War. Yet the student who would forget the spiritual element in our life, who would overlook the fact that man is a human being and not a mere animal, will wander far astray into unreal bypaths of crass materialism.

On the other hand, it would be hard to find an economic explanation for the emigration of the Pilgrim Fathers to Plymouth, for the Quaker agitation that supported John Woolman in his war upon slavery or for most of the Christian missionary enterprises of the present day. Also it would take a mental microscope to find the economic cause for the extermination of the Moriscos in Spain by Philip III. or the expulsion by Louis XIV. of the Huguenots from France. These two great crimes of history had important economic consequences, but the cause behind them was religious prejudice....