Slips of Speech : a Helpful Book for Everyone Who Aspires to Correct the Everyday Errors of Speaking 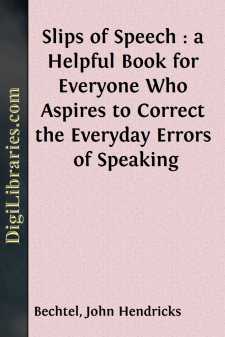 But when I desire to show determination on my part to do a certain thing, or when I exercise my authority over another, or express promise, command, or threat, will is used in the first person and shall in the second and third; as,

Shall primarily implies obligation; will implies intention or purpose. Will and would should be used whenever the subject names the one whose will controls the action; shall and should must be employed whenever the one named by the subject is under the control of another.

The difference between should and would is, in general, about the same as that between shall and will.

The foregoing suggestions cover the ordinary uses of these auxiliaries, but there are some special cases deserving attention.

Will, in the first person, expresses assent or promise, as well as determination; as,

"I will read this poem for you since you have requested it."

"I will meet you to-morrow at the time appointed."

Will, in the second person, may express a command; as,

"You will take the places assigned you."

"You will report immediately at my office."

Will is sometimes employed to express a general fact, without conveying the idea of futurity; as, "Accidents will happen." "Differences will arise."

Will is sometimes incorrectly used instead of shall; as, "Will I go?" for "Shall I go?" This fault is common in Scotland, and prevails to some extent in this country.

Will is also used where may would be more appropriate; as, "Be that as it will."

Shall you? Will you?

The distinction between shall and will in the interrogative forms of the second person are not very clearly defined. Many writers and speakers use them interchangeably. The answer should have the same auxiliary as the question.

"Will you attend to this matter promptly?" "I will."

Should is often used in the sense of ought; as, "Mary should remain at home to-day and wait upon her sick mother."

Should and would are employed to express a conditional assertion; as, "I should go to college, if I could secure the necessary means." "He would have gone fishing, if his father had been willing."

Would is often used to express a custom, a determination, or a wish; as, "He would sit all day and moan." "Would to God we had died in the land of Egypt." "He would go, and his parents could not prevent him."

Certain authors and critics, including Coleridge, have objected strongly to the use of talented. One writer argues that since there is no such verb as to talent, the formation of such a participle as talented cannot be defended, and he further declares that no good writer is known to use it, Webster (The International Dictionary) states that, as a formative, talented is just as analogical and legitimate as gifted, bigoted, moneyed, lauded, lilied, honeyed, and numerous other adjectives having a participial form, but derived directly from nouns and not from verbs....